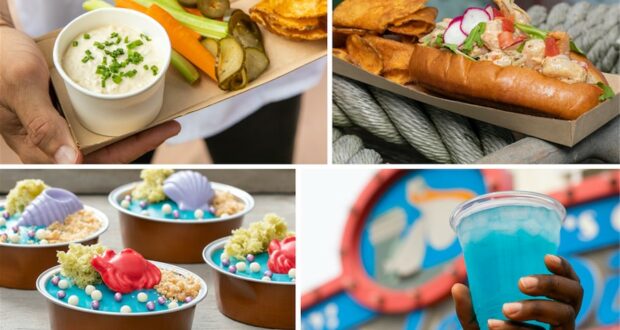 Hello, deliciousness! If there is one thing that is for sure, it is that strolling through the Walt Disney World Parks is an easy way to work up an appetite. Plus, since calories don’t count while at Disney World (wink, wink), we set our eyes on the enticing dishing Disney is serving up. Even though we are still trying to wrap our minds around the new Disney Genie, Disney is shifting focus to all things food! With newbie restaurants making returns our stomachs can’t help but grumble in anticipation. There are several Disney Hollywood Studios quick service options, but we do have our favorites. We’re especially excited for the return of one tasty quick-service spot located in the heart of Disney’s Hollywood Studios.

News has been moving right along with table service and quick service restaurant reopenings across Walt Disney World’s Parks and Resorts. Boma Flavors of Africa has reopened at Disney’s Animal Kingdom Lodge – making it the FIRST buffet to reopen since the pandemic. Two more buffets are making a comeback including The Crystal Palace at Magic Kingdom Park and Biergarten Restaurant at EPCOT. PLUS, we’re getting more breakfast options with Cinderella’s Royal Table returning their breakfast, as well as quick-service spot Kusafiri Coffee Shop and Bakery at Disney’s Animal Kingdom Theme Park. BUT – how about Disney’s Hollywood Studios? Have no fear! Disney has us cover there at well!

Whether you’re enjoying ice cream and chicken nuggets on Sunset Boulevard, a yummy drink at Hollywood Brown Derby, an Italian feast at Mama Melrose, or a popular treat at Woody’s Lunch Box, there’s always something good to eat at this Disney Park. Now Disney has announced, “Drop anchor and check out the new offerings at Dockside Diner at Disney’s Hollywood Studios! Opening Aug. 22, this adorable walk-up location has plenty of outdoor seating along Echo Lake.” Check out the yummy list below:

Check out the full menu shared on the Dockside Diner webpage for more options, including vegan, gluten-free, and food allergy availibility. That Blue Sea Margarita and Seaside Brownie are calling our names! Happy dining, Disney fans!