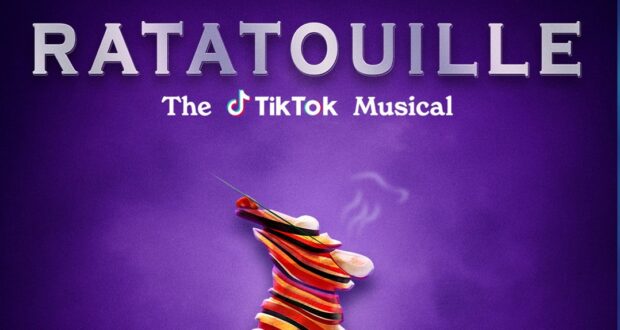 A one night special event is in the works, and yes, as things Ratatouille is starring! The best part… the special event benefits The Actors Fund. “Ratatouille: The TikTok Musical” premieres January 1 with a stunning lineup of Broadway stars.

As shared via TodayTix: “In Fall 2020, Broadway fans came together on TikTok in an unprecedented collaboration to create a new musical based on the beloved Disney film Ratatouille. On January 1, 2021, Broadway will say bon appetit with a big Broadway feast! Ratatouille: The TikTok Musical will celebrate the delectable crowd-sourced creation by giving it the full high-kicking, lip-smacking Broadway treatment. It’s your musical, cooked to perfection! Join Broadway’s biggest and brightest talents along with some of the most celebrated TikTok creators for a singular special event benefiting The Actors Fund. Stay tuned, it’s going to be delicious!”

As shared via The Verge: “Ratatouille: The TikTok Musical has some big Broadway talent on board for its January 1st streaming performance. Adam Lambert, Wayne Brady, Kevin Chamberlin, Mary Testa, and Priscilla Lopez will play key roles, with Tituss Burgess starring as Remy, the sophisticated rat who loves fine food.”

Here’s a quick video as shared below via TomorrowTix Twitter:

All ticket prices for Ratatouille will provide the same access to the final production. Please consider a higher ticket price for an incremental contribution to The Actor’s Fund. The ticket prices range from $5 to $100 with a note to contribute what you can. The premiere begins January 1 at 7PM EST and will remain on demand for 72 hours after. Tickets are available for purchase here. Happy streaming, Ratatouille fans!