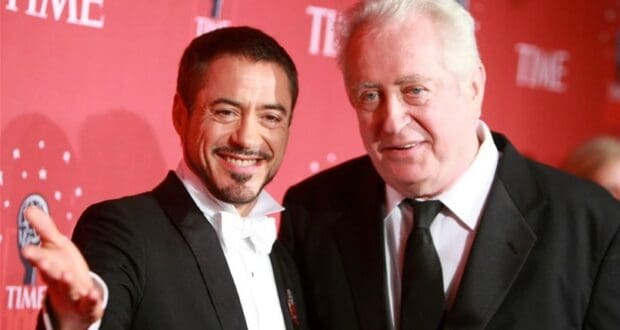 An iconic filmmaker, Robert Downey Sr., passed away this morning at his home in New York City. Downey was well known for his impressive filmmaking and acting accomplishments. If you weren’t familiar with Downey senior, chances are you know the name Robert Downey from Downey’s son, Robert Downey Jr., the Marvel Superhero, Iron Man.

As shared by NY Daily News: “Robert Downey Sr., iconic filmmaker of breakthrough anti-establishment classic films such as “Putney Swope” and “Greaser’s Palace,” died early Wednesday morning (July 7) in his sleep at his home in New York City, his wife told the Daily News. Downey, who turned 85 last month and had been battling Parkinson’s disease, also appeared in the movies “Boogie Nights,” “Magnolia,” and “To Live And Die in L.A. The filmmaker, actor, producer and writer was a life-long New Yorker and the husband of bestselling author Rosemary Rogers and father of actor Robert Downey Jr. Rogers was at home with Downey Sr. when he died. He succumbed after suffering from Parkinson’s for more five years.”

Our thoughts and prayers are with the Downey family through this difficult time.