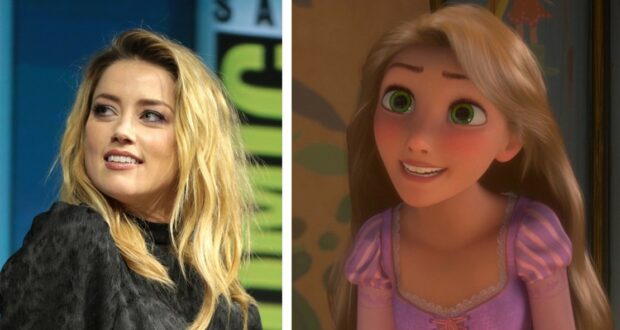 Rumor: Amber Heard Reportedly In Talks to Star in a Disney Live-Action Rapunzel

Another Disney live-action animated remake is in the works. Emma Stone’s 101 Dalmatians prequel Cruella is coming to Disney+ in May, Tom Hanks will play Geppetto for Robert Zemeckis in Pinocchio, and new versions of Peter Pan, The Sword in the Stone, Bambi, Hercules, The Little Mermaid, Robin Hood and more have all been announced, along with sequels to The Lion King and Aladdin. Now, we’re learning for a new rumor getting a lot of attention. Amber Heard is reportedly in talks to star in a Disney live-action Rapunzel.

As reported by WeGotThisCovered: “Insider Daniel Richtman is now claiming that Amber Heard has talked with the studio about playing Rapunzel in a live-action blockbuster. The classic fairy tale served as the basis for Tangled, and it felt like just a matter of time before the 21st Century’s back catalogue found itself in the crosshairs of the live-action remakes.”

“Based on a quick glance at the internet, though, the general population would definitely not be on board with the idea of the actress taking the role. Of course, Richtman has previously reported that Amber Heard was in talks to play a Disney princess, but he also said over the last several months that she’s spoken to the Mouse House about Star Wars, Pirates of the Caribbean and the MCU’s Fantastic Four. In fact, there’s barely a major Disney franchise out there that the tipster hasn’t linked her with recently and despite his solid track record, we still advise taking this with the usual grain of salt.”