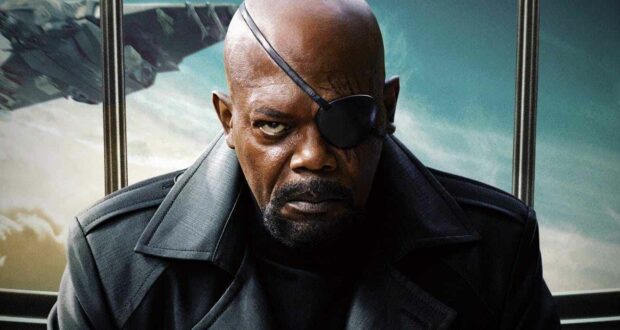 Exciting news for Marvel fans! Not only is Disney+ reportedly getting a new Marvel series, but Samuel L. Jackson is reprising his role as Nick Fury!

As shared by Variety: Samuel L. Jackson is set to reprise the role of Nick Fury in a new Marvel series currently in development at Disney Plus, Variety has learned exclusively from sources. The exact plot details of the show are being kept under wraps, but multiple sources say Jackson is attached to star with Kyle Bradstreet attached to write and executive produce. Like all the other Marvel shows at Disney Plus, Marvel Studios will produce.

Jackson famously portrayed Fury, the monocular head of the clandestine government agency S.H.I.E.L.D, in the Marvel Cinematic Universe going back to the post-credits scene in the first “Iron Man” film in 2008. He has appeared in multiple films within the MCU since, most recently portraying Fury in “Spider-Man: Far from Home,” “Avengers: Endgame,” and “Captain Marvel.” He also played the character in two episodes of the ABC series “Agents of S.H.I.E.L.D.”

Should the project go to series — which seems highly likely — it would be the latest big budget Marvel show to get the greenlight at Disney Plus from Kevin Feige’s Marvel Studios.