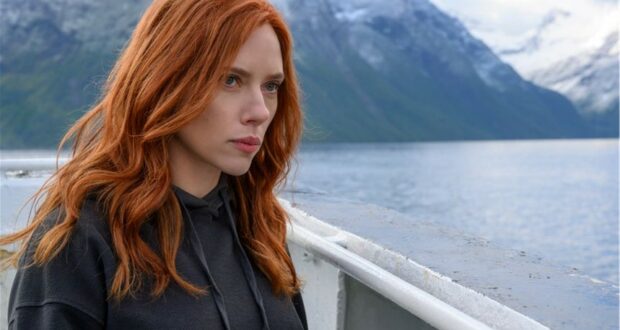 Big news coming out of the film industry today… and it involves a lawsuit again Disney. Marvel’s newest film, Black Widow, recently debuted on both Disney+ Premier Access and in theaters on the same day. Now, the star of the film, Black Widow herself – Scarlett Johansson – is suing Disney for breach of contract. Apparently, the simultaneous release of the film in theaters and on Disney+ was not part of the originally plan.

As reported by Wall Street Journal: Scarlett Johansson, star of the latest Marvel movie “Black Widow,” filed a lawsuit Thursday in Los Angeles Superior Court against Disney, alleging her contract was breached when the media giant released the film on its Disney+ streaming service at the same time as its theatrical debut. Ms. Johansson said in the suit that her agreement with Disney’s Marvel Entertainment guaranteed an exclusive theatrical release, and her salary was based in large part on the box-office performance of the film. “Disney intentionally induced Marvel’s breach of the agreement, without justification, in order to prevent Ms. Johansson from realizing the full benefit of her bargain with Marvel,” the suit said.

“This will surely not be the last case where Hollywood talent stands up to Disney and makes it clear that, whatever the company may pretend, it has a legal obligation to honor its contracts,” said John Berlinski, an attorney at Kasowitz Benson Torres LLP who represents Ms. Johansson. According to the complaint, Ms. Johansson’s representatives sought to renegotiate her contract after learning of the dual-release strategy for “Black Widow,” which she has said is her ninth and last Marvel movie. Disney and Marvel were unresponsive, the suit said. The decision to put the movie on Disney+ is projected to cost Ms. Johansson more than $50 million, a person familiar with details of her contract claimed.

To read the full story, visit Wall Street Journal. We’ll keep you posted as we learn more about this new lawsuit and what response Disney may take next.