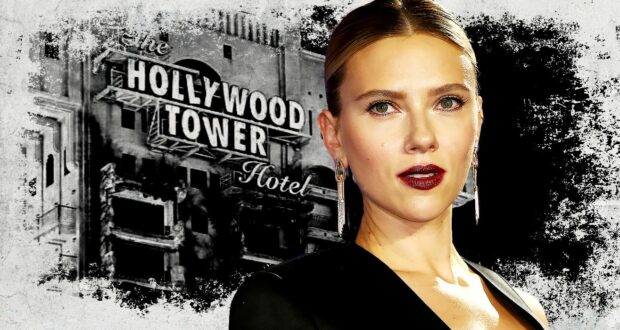 A new Disney film is in early stages of planning and will feature one of the most thrilling rides on Walt Disney World property… Tower of Terror! This chilling attraction has theme park goers screaming with every unexpected drop. And now, yes, it’s inspiring a movie. We’re learning there is a brilliant star that will be involved – Scarlett Johansson!

As if she hasn’t been busy enough being the popular Black Widow actress in the new Black Widow film scheduled to debut July 9, sources say she’s now gearing up to produce and star in Disney’s new Tower of Terror movie.

While Disney and Johansson representatives have yet to comment, Collider exclusively reported, “Two-time Oscar nominee Scarlett Johansson will produce Disney’s Tower of Terror movie, which will be developed as a starring vehicle for the studio’s Black Widow actress, Collider has exclusively learned.”

While what we do know about Disney’s Tower of Terror film is very limited, it has been made public Josh Cooley, Toy Story 4 director and Inside Out writer, is currently working on the script. Besides that, we do know the movie will be based on the Tower of Terror attraction… but the rest is still out there somewhere in the twilight zone.