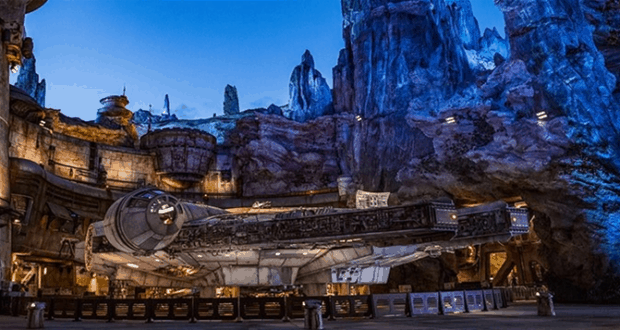 Great news for all those solo Walt Disney World travelers out there, or families that are willing to ride separate for a shorter wait times. Disney has begun the return of Single Rider lines.

Select attractions at Disney have a Single Rider queue in addition to the Standby queue. This makes it possible for Cast Members to fill all seats as needed for attraction vehicles. Currently, Millennium Falcon: Smuggler’s Run at Disney’s Hollywood Studios has the Single Rider line open. Millennium Falcon can seat up to 6 guests, so having a Single Rider filling in with let’s say a party of 5 is helpful. Of course, you have to suspect that if you are a Single Rider, you’ll likely be assigned to the Engineer role on the Falcon which is the least popular experience, but still fun!

As updated on the Walt Disney World website in the screenshot below, “Single Rider Queue” is no longer listed as a paused experience. It’s also great to note that after July 1, “Nighttime Spectaculars” can come off this list with the return of fireworks!

We suspect it is just a matter of time before other Single Rider queues reopen such as Rock ‘n’ Roller Coaster Starring Aerosmith, Expedition Everest, Test Track, and the future Remy’s Ratatouille Adventure (opening Oct. 1). The reopening of the Single Rider queue is just one more step in the process of returning to those pre-COVID days!