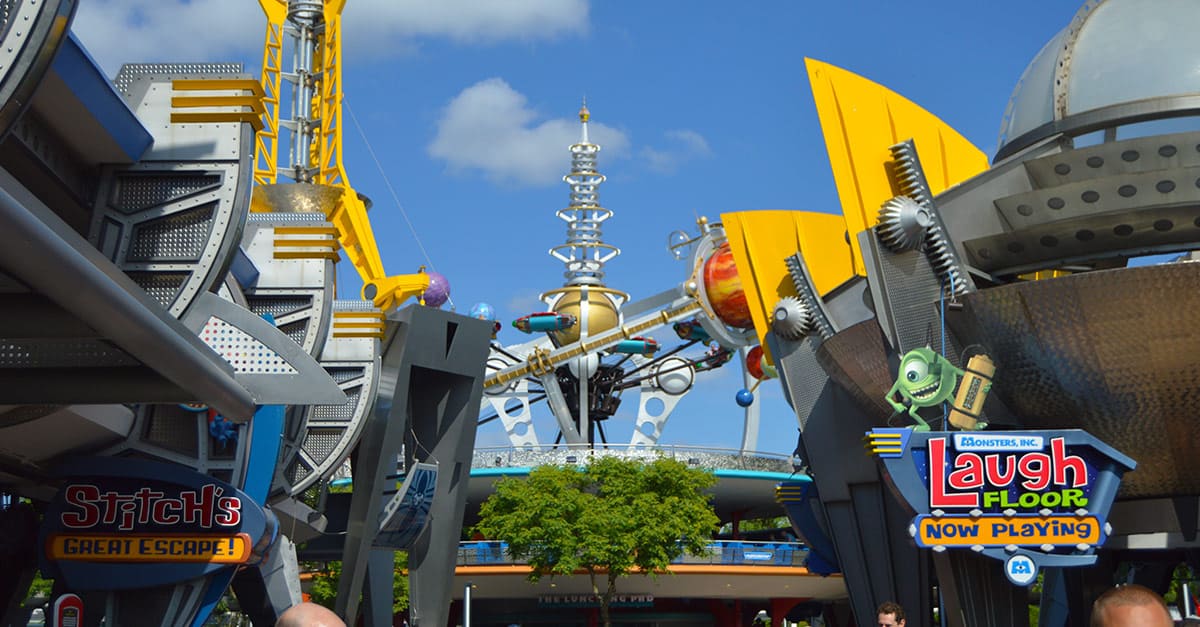 Walt Disney World in Florida is known as the most magical place in the world. For most who visit, it is. I tell friends and family who’ve never been that the Magic Kingdom is a thousand times better than any theme park you’ve ever been to. Disney World is an international destination, and for good reason. While Disney spends a lot of money on new construction and refurbishments, there are attractions we wish Disney would update. Here’s my list. Do you agree?

Several years ago, the Disney Imagineers decided to make the Tomorrowland theme, “The tomorrow that never was”. Since technology changes so rapidly, it was impossible to keep Tomorrowland relevant. So they went with a sort of Buck Rogers theme. Astro Orbiter certainly fits into that theme. However, this attraction has an awful queue and is also showing its age. A fresh coat of paint and an interactive queue would work wonders on this attraction.