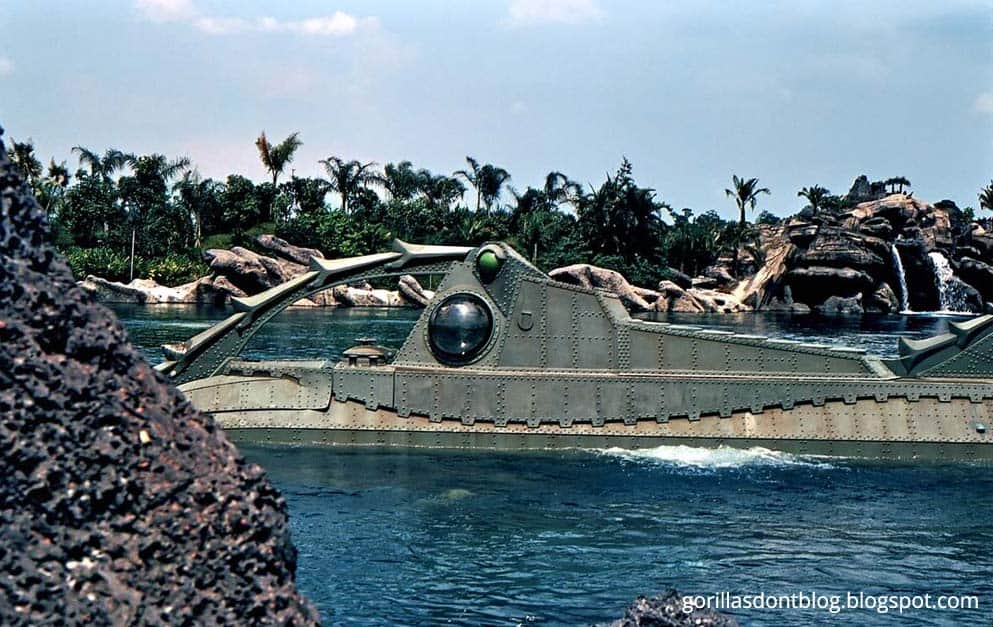 This ride based on the book and Disney movie of the same name was nestled inside the old Fantasyland at the Magic Kingdom from 1971 through 1994. On this popular ride, guests boarded the Nautilus “submarine” guided by Captain Nemo as he narrated your journey through an underwater adventure of dark caverns, coral reefs and dangerous deep sea explorations beneath the deadly ice caps. The magic of this ride totally hinged on the passenger’s imagination as each seat had a porthole where endless bubbles emerged creating the allusion that the submarine was delving into deep waters. There were animatronics galore, from fish to scuba divers to giant attacking squid, and even an underwater graveyard of sunken ships. Despite its popularity, the ride eventually closed down due to loading difficulties as the subs were not handicapped-accessible, long lines (each of the only three recurring subs held 38 guests at a time), and the difficulty and high costs of maintenance. 20,000 Leagues may have taken a dive for good, but our awesome memories still stay afloat.