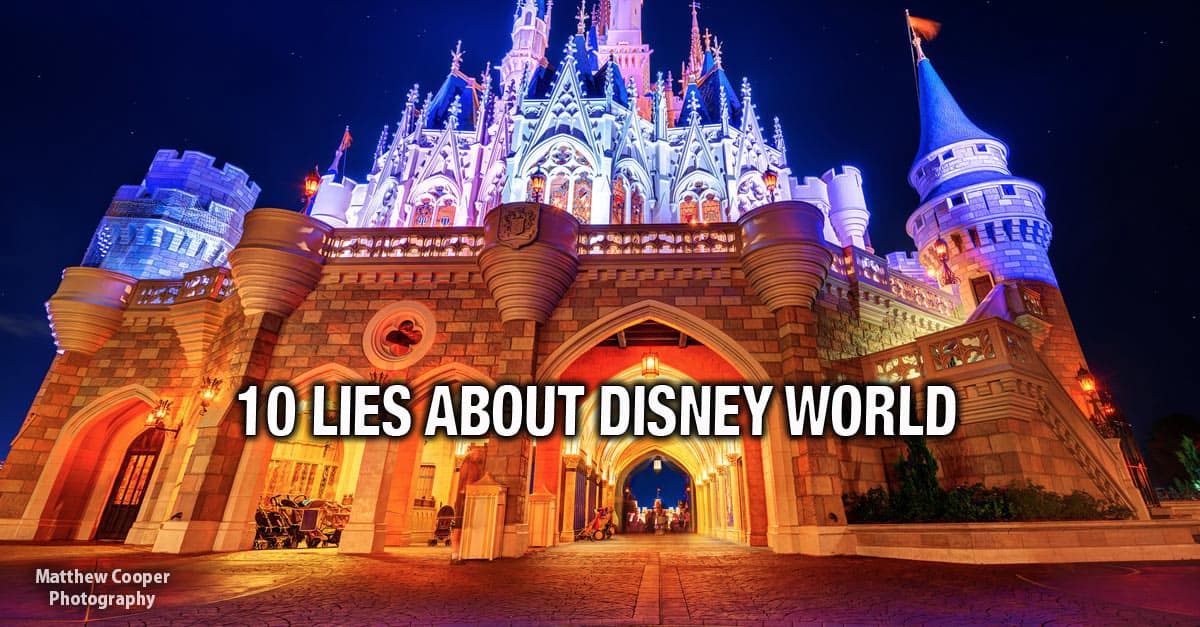 Sometimes when you bring Walt Disney World up in a conversation people will say some things that aren't true, and it can get tiresome. There aren't many people who have been to Disney that leave with a negative impression. Those who have unpleasant things to say often have not been or are completely out of touch with their "fun" side! That doesn't stop them from trying to spread their negative thoughts to others.  Let's debunk some of these lies...

Yes, Walt Disney World does cost more than some other things, but if you compare what you get for the price you pay it is well worth it. There is no other place like Walt Disney World, and your park admission includes all attractions, characters, shows and more. The only thing not included is merchandise, food, and a couple of extra experiences. Compare this to any other place, where most additional entertainment must be paid for as well as the cost of admission, and Walt Disney World doesn't seem so bad.

2. It Gets Boring After One Or Two Times

I have lost count of how many times I have been to Walt Disney World, yet I always wish that I was back. There is such a countless number of things to do, and things are constantly changing at all four of the theme parks. The atmosphere is also so exquisite that you just can't grow tired of it. People go time and time again for a reason: it is always a thrill!