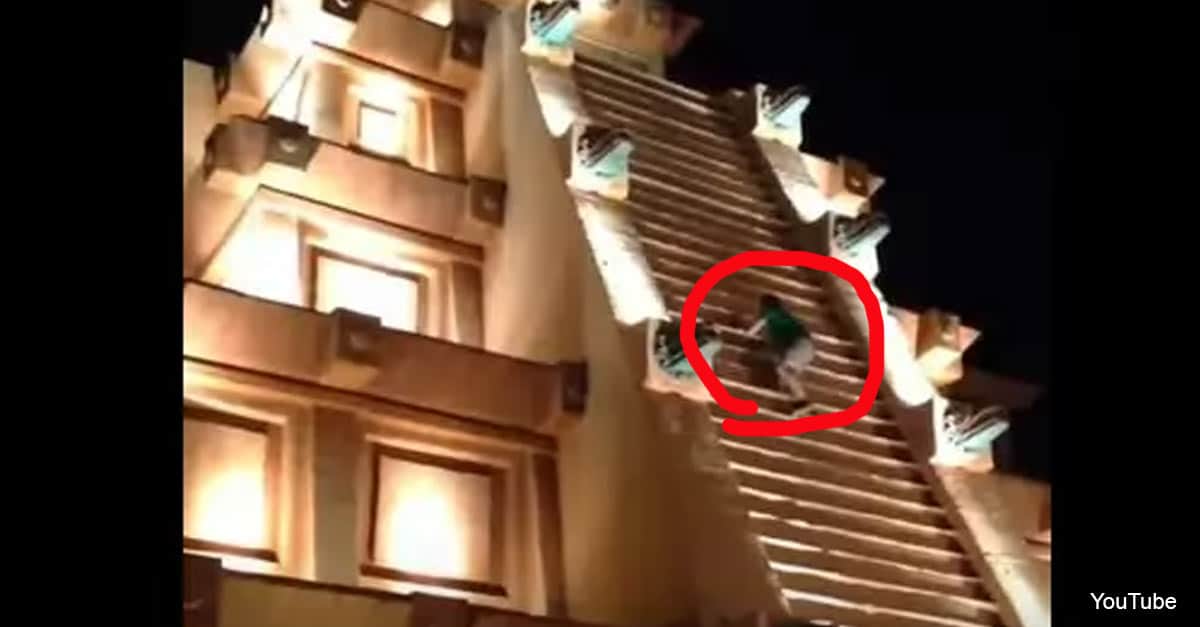 In November, 2015, a drunk man, who apparently enjoyed the wine part of the “Food and Wine Festival” more than the food part. He decided to climb the Mayan Temple at the Mexico Pavilion at Epcot’s World Showcase. His climb was caught on camera, posted on many social media sources, and although it is not yet known what punishment was issued, it’s a good bet that he was escorted out of the Park and possibly banned from ever returning to a Disney Park.