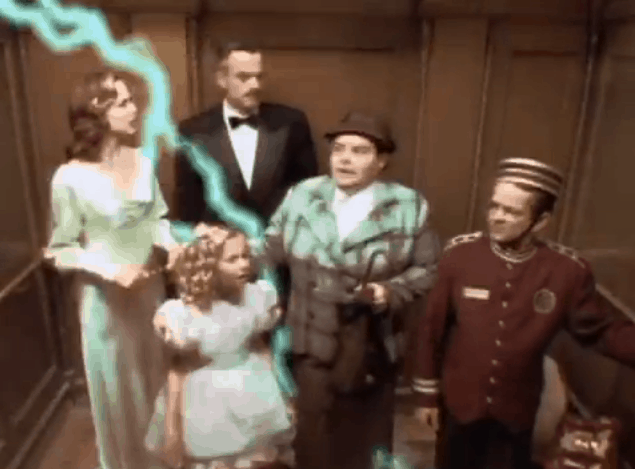 The idea of the Fifth Dimension was inspired in part by the “Little Girl Lost” episode in the Twilight Zone television series. In this episode a little girl named Tina accidently falls into another dimension through the wall behind her bed. The entire rest of the episode has her parents trying to locate her as they can hear her voice but are unable to see her. The Tower of Terror attraction runs on the premise that those five unfortunate individuals from the ill-fated elevator have passed through to the Fifth Dimension and remain trapped there forever.