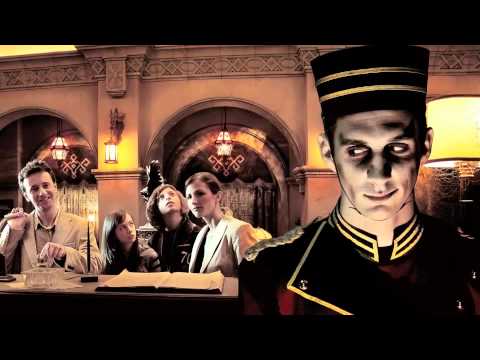 The storyline created by the Disney Imagineers is incredibly chilling, inspired by the Twilight Zone series. All 156 eerie episodes were viewed before the frightful, fictional tale was fashioned and it goes something like this: On a stormy Halloween night in 1939, five individuals—an elegant honeymooning couple, a child actress, her nanny, and a bellman—entered an elevator in the prestigious Hollywood Tower Hotel. As the elevator ascended it was struck by lightning, sending it plummeting to the ground floor, yet the bodies of the victims were never found. Though the hotel has long since been abandoned and remains in its eerily original, untouched state, the missing individuals are believed to still be roaming the grounds, inviting unsuspecting visitors to enter the Fifth Dimension with them. Photo credit YouTube.com