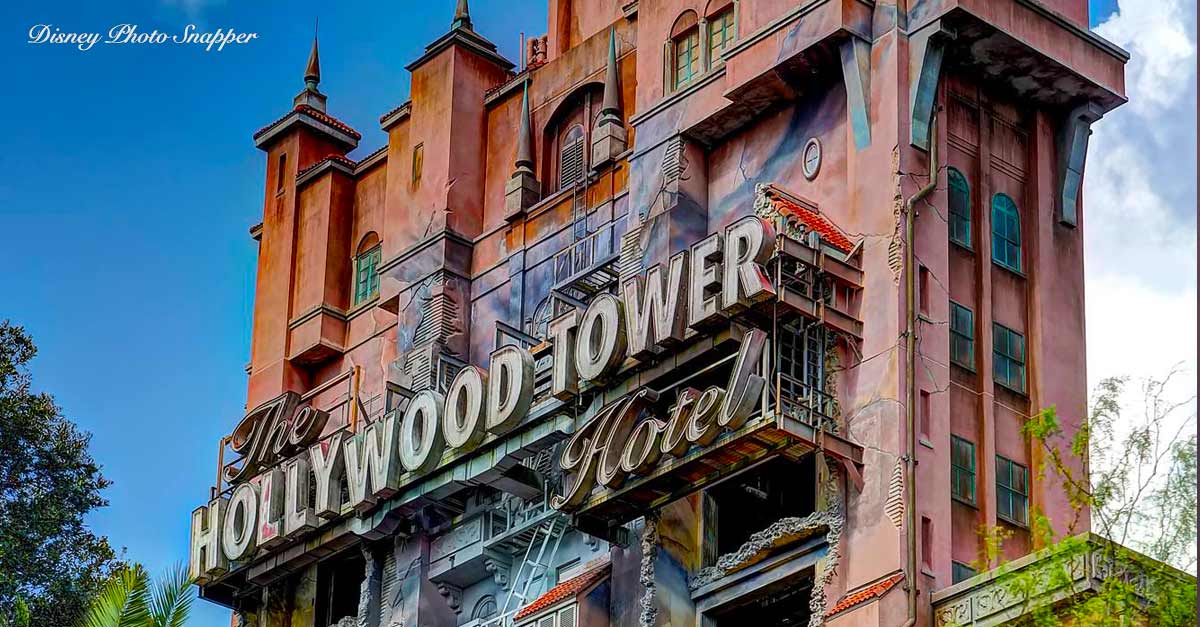 If I were stranded on a deserted island and could only take one Disney attraction with me, hands down Tower of Terror would be it. True story. I was eleven years old when I experienced my first “freefall” on the doomed elevator located in the dilapidated and haunted Hollywood Tower Hotel and have been captivated ever since, some 20 years later, by the nervous anticipation, breathless euphoria, and otherworldly wonder this attraction offers. This is easily my favorite ride on Disney property, and I am just as impressed by the story and details surrounding the attraction as I am about that stomach-forfeiting plunge. Combining the eerie elements of the popular Twilight Zone television series with the detail-driven ingenuity of Disney Imagineering, this thrilling attraction strikes the perfect balance between heart-racing expectation and spine-tingling delight. If you’ve never felt the adrenaline rush of a faster-than-gravity elevator plummet 13 stories high, then you are certainly missing out on the ride of your life. There is so much more to this ominous, imposing tower than those rapid drops, however, and we have 13 facts to prove it. Let’s countdown these frightfully fun findings surrounding the attraction at Disney’s Hollywood Studios together!

The question isn’t, “Will my elevator drop?” but “How many times?” as the sophisticated and complex computer system running this attraction chooses for you. Yes, that creepy old Hollywood Tower Hotel is in control of your drop destiny. This is a far cry from the original attraction that debuted in 1994 with only one big fall! Because the computer system randomly generates the number of drops, the only true guarantee is that you will plummet more than once!