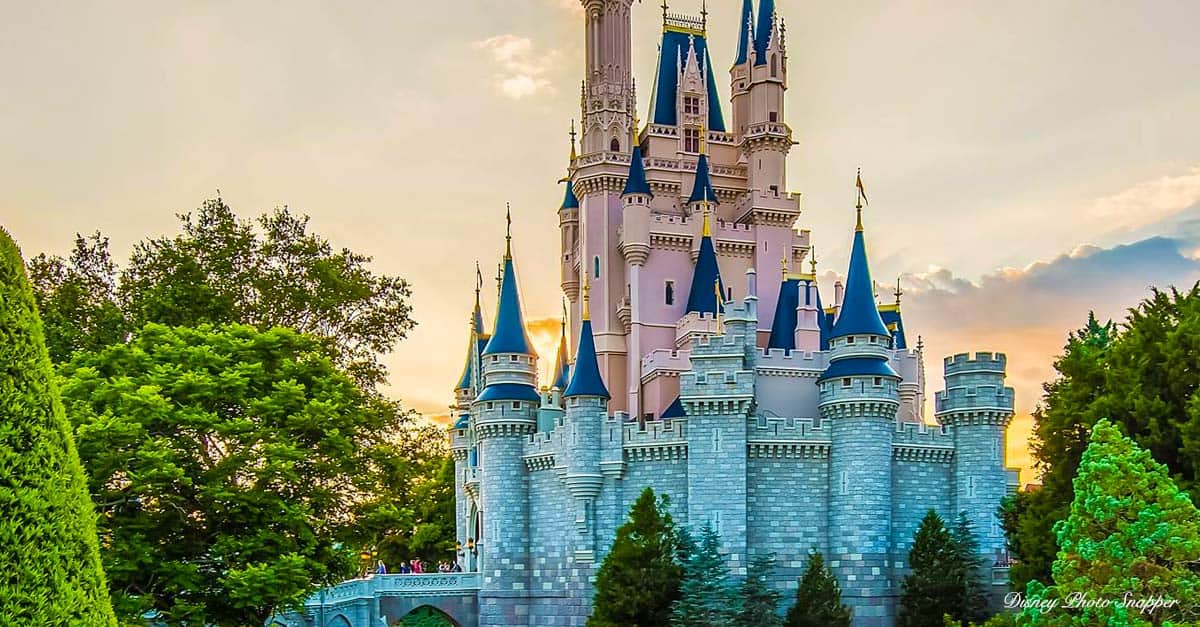 Castles, real or fictional, have always proved to be a fascination, evoking history with all its’ havoc, mystery, and romance. From the castles of Versailles and Fontainbleau, the chateaux of Chambord and Chaumont, and even the Tyn Church in Prague, Herbert Ryman chief designer, found his inspiration to design the Cinderella Castle of WDW. The Sleeping Beauty Castle in Disneyland, California, is a Ryman design and also an inspiration for WDW’s iconic Castle. At the end of Main Street, Cinderella Castle welcomes all who enter the Magic Kingdom. The dream-come-true world begins as all of the Magic Kingdom areas are accessed from the Castle location.

After 18 months of construction, the castle was completed in July 1971. It is 189 feet tall measured from the concrete bottom of the water – filled moat that contains approximately 3.37 million US gallons of water. It is 100 feet taller than the Sleeping Beauty Castle in California.

Spires soar and ornate turrets and royal blue rooftops lure your eyes to the top of the castle; by using forced perspective. Onlookers are optically fooled into “seeing” a castle much higher than it really is. As the building becomes taller, the design proportions become smaller. With this method, the top spire is actually almost half of its’ perceived size. Tops of some spires are painted gold. Spires of Disneyland’s Sleeping Beauty Castle are actually gold leaf.

There are 27 towers on the castle, numbered 1-29. (Tower numbers 13 and 17 were deleted before construction since they could not easily be seen from anywhere in the park, mainly due to obstruction by other Fantasyland buildings.) The tower with the clock in front is number 10, the tallest is number 20, and number 23 is the other golden-roofed tower. For the better part of 2015, Disney has added an additional 4 turrets to Cinderella Castle extending the lovely panorama!

Cinderella Castle drawbridge cannot be raised as can the bridge at Sleeping Beauty Castle in Disneyland.