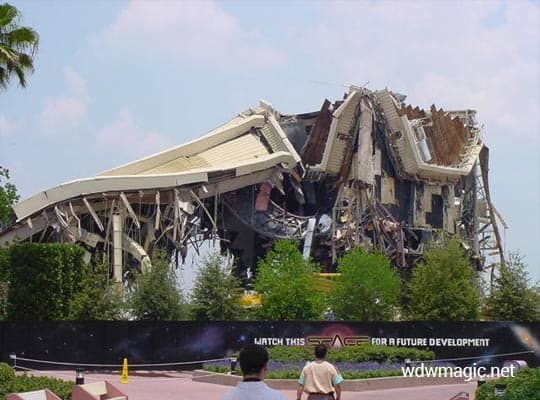 If you thought the powerful smell of oranges first made its debut on a Disney ride in Soarin’, you are sadly mistaken. The orange grove scene in Horizons had everyone who rode on this futuristic look at the world breathing in that strong citrusy scent. This ride was also located in Future World at Epcot and like World of Motion was heavily animatronic-based, giving you glimpses into the future with scenes featuring technology that we could only imagine at the time. Now that the future is actually here, the ride certainly would have needed a major overhaul just to keep pace, but alas, this was also removed completely in 1999, making room for another thrill ride—Mission: SPACE.