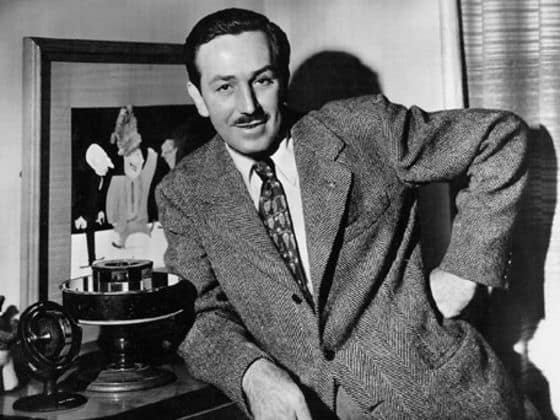 Walt Disney was a man ahead of his time, highly motivated and creative from the time he was a young boy. He is considered by most to be one of the most influential people of the 20th century. Even today, Walt is revered for the work his company continues to produce. The Disney theme parks, in particular, are considered to be the very best. In fact, Walt Disney World is the #1 vacation destination in the world! Here are 10 Bizarre Walt Disney Facts.

Disney dropped out of high school at age 16 in hopes of joining the Army, during World War I. He was rejected for being underage, but was able to get a job as an ambulance driver with the Red Cross in France, after changing the year on his birth certificate from 1901 to 1900 by rounding off the number one to a zero. Photo credit Disney.