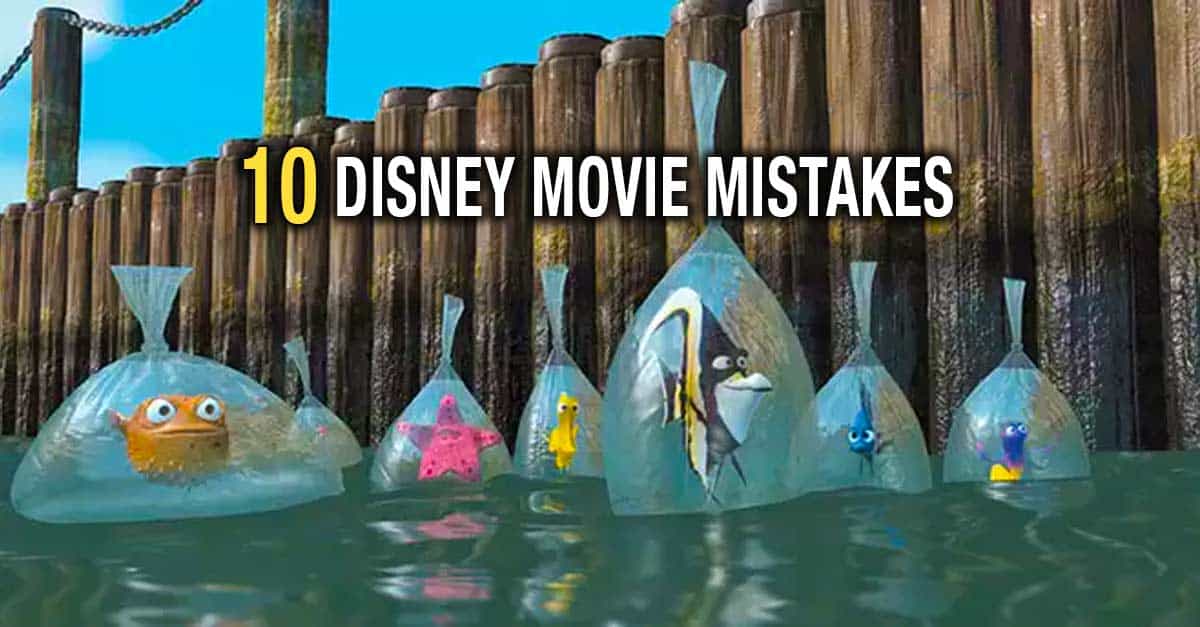 With the number of feature films Disney produces, there is no wonder that a few mistakes will slip through the cracks in editing. Here's our top 10 list of movie mistakes that made it through editing.

Disney animators messed with the laws of physics in the scene of Nemo's fish tank friends escaping in bags of water into Sydney Harbor. According to the laws of physics, the bags of salt water wouldn't float in the harbor in perfect spheres. Does this scientific flub bother you? I find their heroic efforts to escape their fish tank and subsequent predicament still being stuck inside of plastic bags so entertaining that the scientific oversight becomes forgivable. I mean, we forgive Disney for actually making fish talk which, last time I checked, is scientifically impossible.