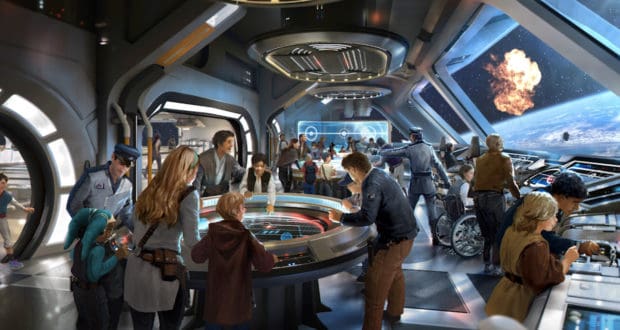 As shared via Disney Parks Twitter: “New Details Revealed: Disney Imagineers talk Star Wars: #GalacticStarcruiser, opening spring 2022 at @WaltDisneyWorld Resort.” Check out out the short video in the Tweet below:

That’s right – in SPRING 2022 we’ll be able to experience the highly anticipated Star Wars: Galactic Starcruiser! Join Disney Imagineers for the full video below with all the exciting details:

Head on over to www.starwarsgalacticstarcruiser.com to check out photos and details as you prepare for Spring 2022. Anyone else making plans to experience this one-of-a-kind Walt Disney World Resort?