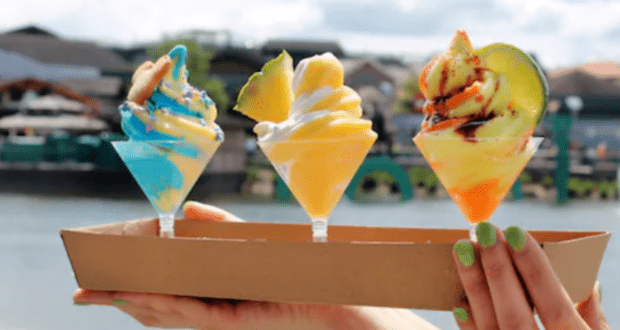 There is a new destination for fans of the classic Disney Parks treat, DOLE Whips at Walt Disney World! For the newest takes on this theme park staple, Swirls on the Water is now open at Disney Springs, offering DOLE Whip Flights (yes, FLIGHTS!), floats, DOLE Whip “nachos” and more.

Swirls on the Water is a brand new kiosk located in the Marketplace neighborhood of Disney Springs (in the location formerly occupied by Aristrocrepes).

The kiosk offers everything for the DOLE Whip fan, from classic DOLE Whips to signature items like a new DOLE Whip Lime and Habanero Soft-serve Nachos! These “nachos” are made with waffle cone chips and topped with lime and habanero soft-serve, mango boba pearls, Tajin spice, raspberry sauce, and whipped cream. 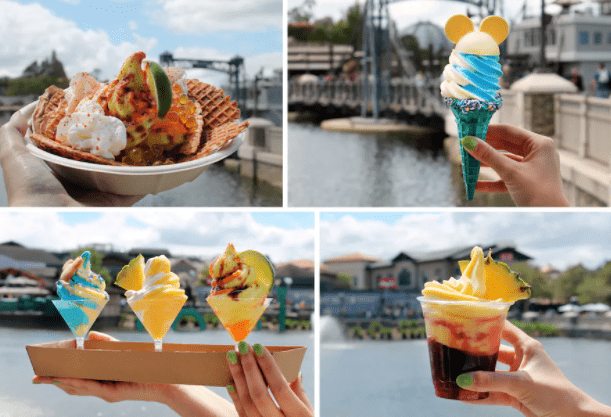 Another new sweet treat from Swirls on the Water is the 50th Celebration Cone, made just for the 50th anniversary of the Walt Disney World Resort. This DOLE Whip comes with lemon and cookie dough soft serve swirled together for something sweet and puckery.

The DOLE Whip Flight is perhaps the most exciting new way to satisfy a sweet craving at Swirls on the Water, where it gives Guest the opportunity to try all six of the new flavors of DOLE Whip available just at this kiosk. 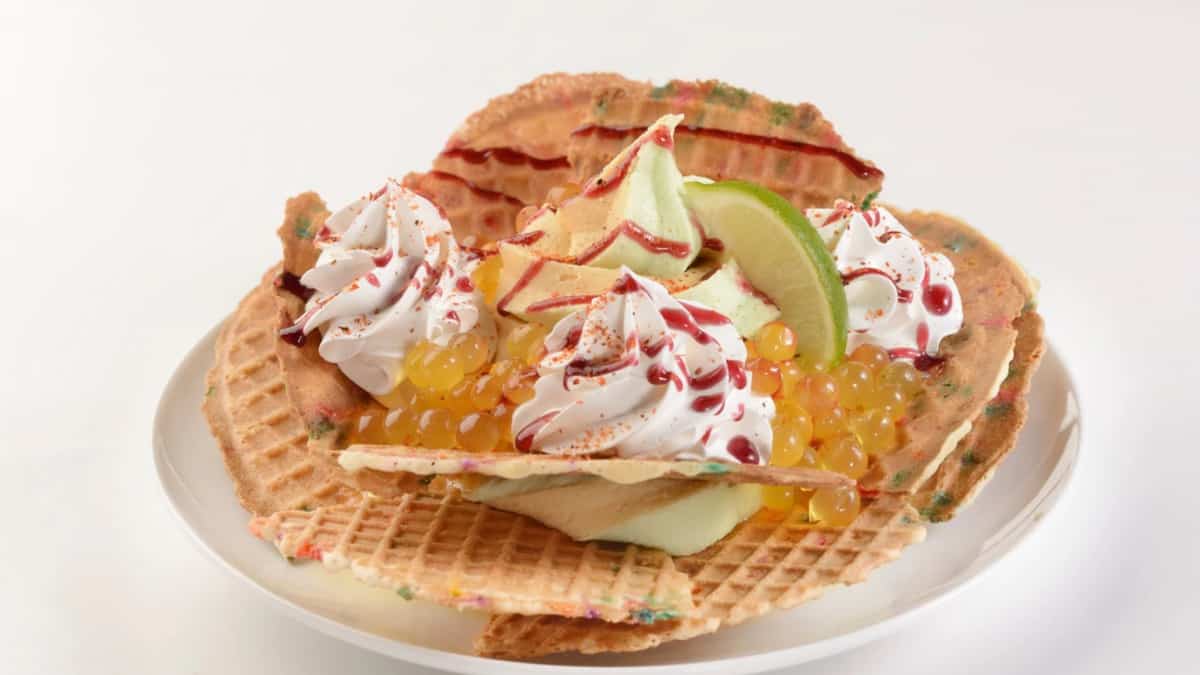 For Guests ages 21 and over, Swirls on the Water features some boozy new treats, too! For starters, you can order a DOLE Whip float topped off with rum (your choice of either Captain Morgan Spiced Rum or Malibu Coconut Rum) with pineapple juice and pineapple DOLE Whip. Or, opt for the Sangria Float made with DOLE Whip and red sangria, a refreshing treat for a hot day in Disney Springs.

The full menu for Swirls on the Water is already available in the My Disney Experience app, so be sure to check it out and grab a new take on this classic Disney snack next time you visit Disney Springs.