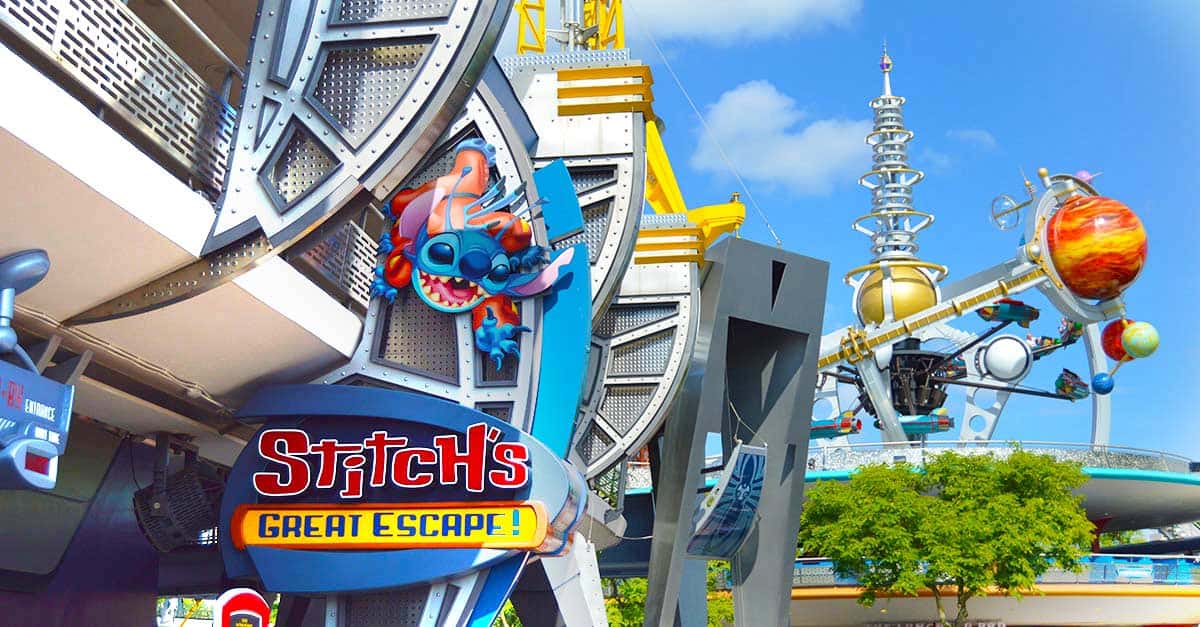 It is probably no surprise to many Disney fans that Stitch’s Great Escape is my pick for the worst attraction in Walt Disney World. Unfortunately, I believe that this attraction had so much potential, which it ultimately fell short of achieving. Having never experienced ExtraTERRORestrial Alien Encounter, which used to occupy the space Stitch is currently in, I cannot comment on whether or not this attraction was an improvement. Last time I went inside Stitch’s Great Escape, I actually really enjoyed the preshow. On the positive side, the theming here is excellent, and the concept of Stitch escaping and pestering the audience is unique and interesting, however the experience itself is not enjoyable. My primary issue with this attraction is the restraint system. It’s uncomfortable, and I cannot imagine that many people actually enjoy being restrained during this kind of attraction. (It’s not like it’s an upside down roller coaster. Maybe the restraints worked better for ExtraTERRORestrial Alien Encounter, but for Stitch’s Great Escape, they seem useless.) If this attraction were a dark ride, instead of a show where the audience is forced to endure Stitch’s breath after a nasty burp, it would be much more enjoyable. Stitch is a lovable character, and the preshow actually kept my interest, however being forced to deal with his antics when he escapes is simply not my cup of tea.

Check out "13 Inscrutable Requirements To Be A Princess In Walt Disney World."

Left 7 of 7 right
Next: Top 9 Secrets for Doing Disney Right