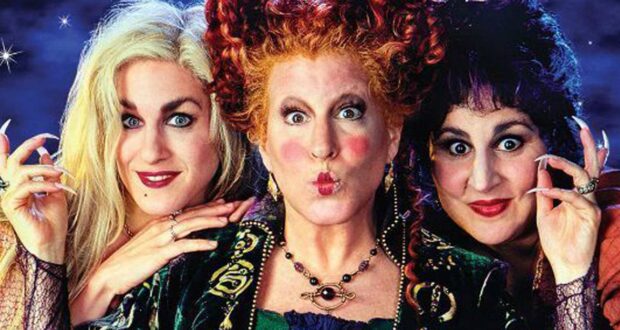 As shared by TheDisInsider: “We have learned that Hocus Pocus stars Bette Midler, Sarah Jessica Parker, and Kathy Najimi are in talks to reprise their roles as Winifred, Sarah, and Mary Sanderson in the Disney+ sequel. I can’t confirm whether or not any of them have signed on as of today; however, I had have heard from one source talks have taken place via Zoom.”

Adam Shankman has been assigned to be Director of the Hocus Pocus squeal written by Jen D’Angelo. Project production is expected to begin early 2021. Besides that, details are almost zilch at this point!

As shared by ComicBook.com, the original writer of Hocus Pocus, Mick Garris, gave his thoughts on the sequel: “I’m excited about it, but I really think the main reason the movie worked was the Sanderson Sisters, those actresses in those roles, those performances, that I think is the key to that movie’s long life. It was only modestly successful when it came out, at best. And I think they are the reasons that it’s still around since it came out in 1993. And I would love to see them return in it. I think that’s the plan, but I don’t know. I heard that that is what’s happening, and I believe it’s going to be for Disney+, but I’m not involved in it, which is fine. You don’t always want to revisit all of the touchstones of your past.”

Will characters from the original film return? We’re hopeful that if the Sanderson Sisters are “in talks” then hopefully we can expect them on screen once again!