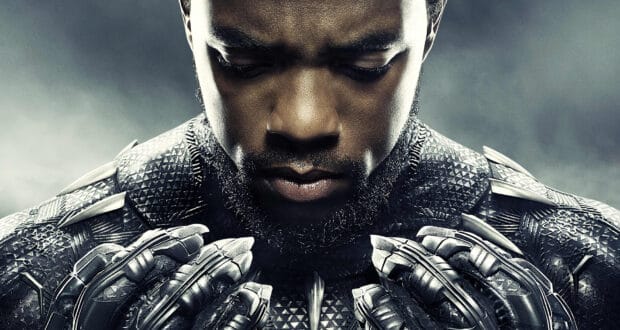 Actor Chadwick Boseman, star of Marvel Studios’ groundbreaking film Black Panther, has passed away at the age of 43. The Walt Disney Company has shared the following “Remembering Chadwick Boseman”:

“We are all heartbroken by the tragic loss of Chadwick Boseman—an extraordinary talent, and one of the most gentle and giving souls I have ever met,” said Robert A. Iger, Executive Chairman and Chairman of the Board, The Walt Disney Company. “He brought enormous strength, dignity and depth to his groundbreaking role of Black Panther; shattering myths and stereotypes, becoming a long-awaited hero to millions around the world, and inspiring us all to dream bigger and demand more than the status quo. We mourn all that he was, as well as everything he was destined to become. For his friends and millions of fans, his absence from the screen is only eclipsed by his absence from our lives. All of us at Disney send our prayers and heartfelt condolences to his family.”

Boseman—who was also known to moviegoers for his acclaimed performances as Jackie Robinson in 42 (2013), as James Brown in Get On Up (2014), and as Thurgood Marshall in Marshall (2017)—first appeared on screen in what would become his most iconic role in Marvel Studios’Captain America: Civil War. The highly anticipated Black Panther was released in 2018 and the film—and the nation of Wakanda in which the movie is set—quickly became a global cultural phenomenon, inspiring millions of fans around the globe. Boseman’s character was no ordinary Super Hero. He said, “T’Challa is smart. He’s a strategist and that has always been something that stood out to me, even in the comic books… He’s a world leader and with that comes the responsibility for an entire nation and considering its place in the world. That’s something that other Super Heroes don’t commonly have, but he must also uphold his legacy. It’s an interesting combination.”

In a statement, Kevin Feige, President, Marvel Studios and Chief Creative Officer, Marvel, said, “Chadwick’s passing is absolutely devastating. He was our T’Challa, our Black Panther, and our dear friend. Each time he stepped on set, he radiated charisma and joy, and each time he appeared on screen, he created something truly indelible. He embodied a lot of amazing people in his work, and nobody was better at bringing great men to life. He was as smart and kind and powerful and strong as any person he portrayed. Now he takes his place alongside them as an icon for the ages. The Marvel Studios family deeply mourns his loss, and we are grieving tonight with his family.”

Boseman returned to the role of Black Panther in Avengers: Infinity War and Avengers: Endgame. Chris Evans, who starred alongside Boseman in both films as Captain America, was among Boseman’s many co-stars who expressed their sadness over his passing tonight. “I’m absolutely devastated. This is beyond heartbreaking. Chadwick was special. A true original,” Evans said. “He was a deeply committed and constantly curious artist. Few performers have such power and versatility. He had so much amazing work still left to create. I’m endlessly grateful for our friendship. My thoughts and prayers are with his family. Rest in power, King.”

Angela Bassett played T’Challa’s mother, Ramonda, in Black Panther, and she reflected on her strong connection to Boseman, which preceded the 2018 film. Bassett shared on Instagram tonight, “It was meant to be for Chadwick and me to be connected, for us to be family. But what many don’t know is our story began long before his historic turn as Black Panther. During the premiere party for Black Panther, Chadwick reminded me of something. He whispered that when I received my honorary degree from Howard University, his alma mater, he was the student assigned to escort me that day. And here we were, years later as friends and colleagues, enjoying the most glorious night ever! We’d spent weeks prepping, working, sitting next to each other every morning in makeup chairs, preparing for the day together as mother and son. I am honored that we enjoyed that full circle experience. This young man’s dedication was awe-inspiring, his smile contagious, his talent unreal. So I pay tribute to a beautiful spirit, a consummate artist, a soulful brother… ‘thou aren’t not dead but flown afar…’ All you possessed, Chadwick, you freely gave. Rest now, sweet prince. #WakandaForever”

Brie Larson, Boseman’s Avengers: Endgame co-star and star of Marvel Studios’ Captain Marvel, shared, “Chadwick was someone who radiated power and peace. Who stood for so much more than himself. Who took the time to really see how you were doing and gave words of encouragement when you felt unsure. I’m honored to have the memories I have. The conversations, the laughter. My heart is with you and your family. You will be missed and never forgotten. Rest in power and peace my friend.”

Boseman’s family confirmed the news of his passing tonight, expressing their “immeasurable grief” and noting, “It was the honor of his career to bring King T’Challa to life in Black Panther.”

2020-08-29
Jamie Sylvester
Previous: Disney Shares How To Make a Mickey Tie-Dye Shirt at Home!
Next: 10 Places To Find the Best Meals at Walt Disney World Resort