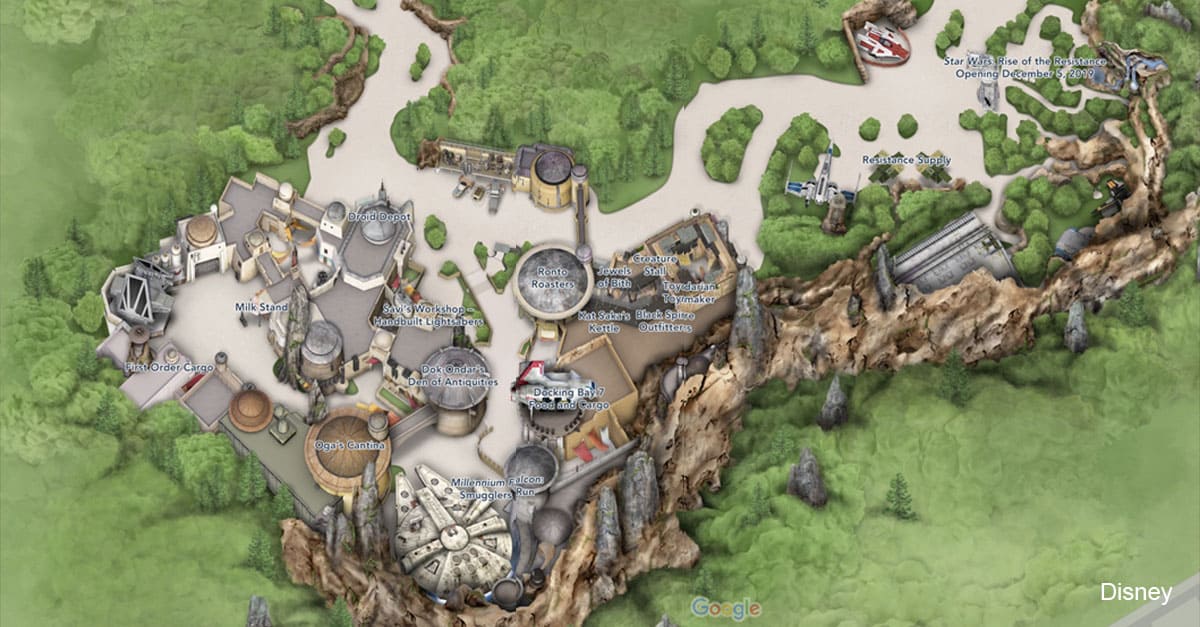 3. Get To Know Batuu Beforehand

Surely you wouldn’t visit any distant world without at least familiarizing yourself with the map? Having at least a basic knowledge of the layout ahead of your trip goes without saying. After all, it can mean the difference between embarking on an out-of-this-world adventure and missing one.

Check out the official Disney World website for the Star Wars: Galaxy’s Edge map. Sure, there’s always the My Disney Experience’s GPS-enabled interactive map to help you navigate in real time, but knowing whether something is far, far away or not upon entry will go hand in hand with a must-have itinerary.

2. Pay Attention To Everything

You’ll discover more secrets and Easter eggs in Batuu than you’ll find in 2015’s legacy sequel The Force Awakens. But what are they and where can you find them? Well that would be spoiling the fun. With that said, there’s no harm in having a vague idea as to what to expect in Batuu.

As you explore be sure to pay attention to the inhabitants of this rich world who also speak their own language. Batuu is also bursting with details both blatant and indiscreet, so why not soak it all in while you enjoy some signature blue milk from Batuu’s very own Milk Stand (milking of alien sea-cows not included).

1. Immerse Yourself In Batuuan Culture

Wearing full character attire at Disney World is strictly forbidden. In fact, doing so will result in the real First Order (that would be the all-powerful Disney) tracking you down! However, there is some flexibility around this, and besides, immersing yourself into Batuuan culture really is a huge part of the experience.

Padawans under 14 can wear costumes, while Jedi Masters can only wear outfits inspired by characters. So celebrate Star Wars in style at Black Spire Outfitters, First Order Cargo and Resistance Supply. Remember - Batuu is already teeming with characters, so the last thing it needs is an “attack of the clones”!

If you need a Star Wars-fix to keep you satisfied until you visit Star Wars: Galaxy’s Edge, check out the epic new trailer for The Rise of Skywalker. But then that probably won’t help much with your excitement. Until next time, May the Force be with you…

Left 3 of 3 right
Next: 10 Reasons Why You Need To Experience Disney World's 50th Anniversary Celebrations