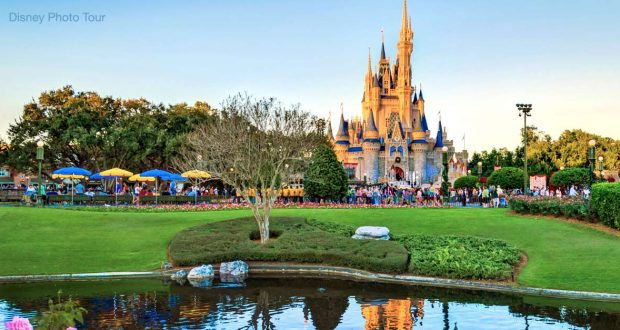 Disney World is the place where dreams come true. But there are necessary limitations, of course. What if for one day you could do whatever you wanted at Disney World? Where would you go? What would you do? Well, if the Genie suddenly granted me ten Disney World wishes to be granted in one day here’s what I would choose (and ix-nay on the wishing for more wishes)…

10. Fast Pass to Everything – This is a given. Unlimited access to Disney World would have to include skipping every single line, every single time. Actually, Disney does offer a VIP tour guide that ushers you past all lines—for a price. Yeah, I’ll take one of those, please.

9. The Princess Treatment – On a regular day at Disney, adults are not allowed to dress up in costume, for the obvious reason that it would confuse guests. But if it’s my day and I’m making the rules, I’d want a full princess makeover. I’d choose Belle, because she has both a comfy village day look and an elegant princess evening look that I could rock.

8. World Showcase Sampler – Throughout my fantasy day, I’d like to be continuously brought sample items from various World Showcase pavilions. I’d need that food a-list to include the shaved ice from Japan, the empanadas from Mexico, and the crepes from France for sure. They can just surprise me for the rest.

7. Be a Bird – The Festival of the Lion King at Animal Kingdom is one of my favorite shows. When the graceful dancers come out dressed like birds it’s the absolute best part, if you ask me. In my dream day I want to be the female bird dancer who gets to fly through the air to the enchanting sounds of Can You Feel the Love Tonight. (Of course I’d insist they give me a chance between real shows, because nobody would actually want to see that for real.)

6. Swim With the Dolphins – I’ve always loved dolphins, so whenever we’re in The Seas, we try to catch the dolphin demonstration. They’re just so cute and playful! But if I could do anything, I’d love to be in the tank with those amazing animals, feeding them fish and coaching them through tricks. We’d probably become best friends and they’d give me a ride on their backs. I’m sure of it.

5. Join a Parade – I’ve watched the parades lots of times. There’re always awesome! In fact the only thing that could top watching a Disney parade is being in a Disney parade. I’d choose the Festival of Fantasy parade, Magic Kingdom’s most fabulous display. And I’d most definitely want to ride with Mickey and Minnie on their hot air balloon float. Now that’s the way to do a parade!

4. Explore the Utilidors – Underneath the Magic Kingdom runs a series of hallways that are restricted to guests. Walt had the Utilidors installed to preserve the immersive feel of Disney World. By using the underground maze, cast members and characters don’t have to walk through foreign lands. Seeing the inside of the Utilidors has become a bucket-list item for me, so I’d certainly want to leave time for that in my fantasy day.

3. VIP Fireworks – Currently my favorite Fireworks are the Galactic Spectacular in Hollywood Studios. If I could watch them from anywhere, I’d choose a private rooftop viewing atop one of the Hollywood Boulevard shops. Imagine how amazing they’d look from there! Oh, and I’d want to be served unlimited BB-8 and Darth Vader cupcakes. That’s not asking too much is it?

2. After Hours Silence – Ridley Pearson, author of the Kingdom Keepers series, says that Disney allows him to “walk the attractions and go on the rides when no one is around” for informational purposes. I’m the author of the Parks in the Parks series (currently running in the exquisite WDW Magazine www.wdwmagazine.com), but I haven’t been given that privilege yet. But in my dream day, well…

1. Sleep in the Castle – No one can make a reservation for a night in Cinderella’s Castle; it’s considered priceless. You have to be invited or win a contest or have serious connections. So of course, I’d end my day of unlimited magic in the most magical way—by drifting off to dream in the dreamiest place imaginable.

So what would you do if you could do anything you wanted at Disney World? Dream big…