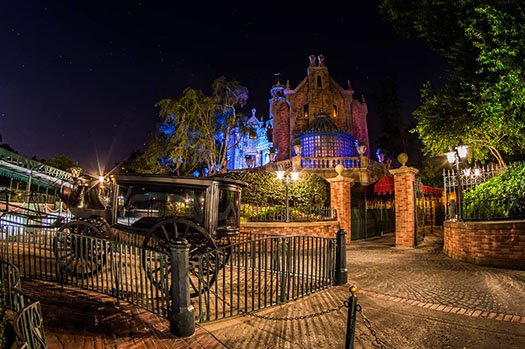 A minor character to be sure, but an icon nonetheless. Anyone who’s seen promotional art or any home videos with Haunted Mansion scenes involved has seen this famous effect. As the Doom Buggy rolls onward, it passes a funeral display complete with burial wreath and casket. It seems however that the deceased party has not yet come to grips with his situation as a pair of skeleton hands try desperately to pry the lid off the coffin. This somewhat dark image is made comic by the nasally voiced protest of the corpse trying to escape. Familiar and iconic, even appearing as a Disney Pin, this casketed corpse is uber creepy and waiting to rattle some bones and tingle some spines.

One of the graveyard’s many residents, this phantom pharaoh can be seen chatting it up with a deaf member of the swinging wake. His sarcophagus has been hauled from an ancient mausoleum and cracked wide open so he can get in on the party. He seems to be more than happy to join in on the festivities, his grin showing heavily through the lower half of his bandaged face. He happily takes tea and conversation with his fellow tomb mates. The mummy has been featured on parks merchandise including the Disney Pins. He’s a goofy ghoul that fans can easily identify, much like the figures in our next two spots.