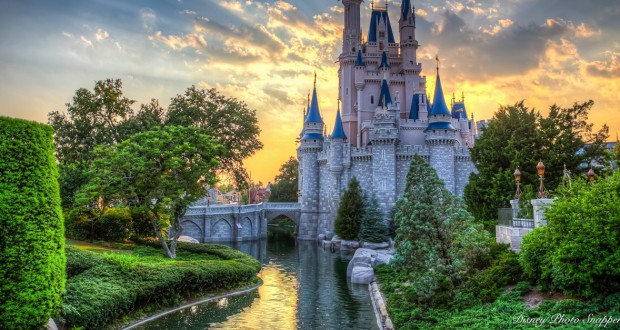 Walt Disney created more than a theme park when he built Disneyland. He created a lifetime of joy and happiness for millions and millions around the world. Walt Disney World is truly a dedication to Walt and carries on the tradition of offering hope for all those millions who visit each and every year. Here are my top 5 reasons Disney gives us hope.

5. So much happiness and joy in one place!

Where else can you go where 100% of the people actually want to be there? Walt Disney World is that place without a doubt. It’s hard not to become overwhelmed with happiness when everyone around you is so excited to spend time in a place that is so wonderful that it brings out the best in all of us. From a child seeing Cinderella’s castle for the first time, to the parent holding that child and seeing the look of sheer delight on his or her face, to the grandparents having their families together in one place and having so much fun; Walt Disney World provides endless amounts of happiness for all.

Over the past few years, parts of corporate America have really given themselves a bad name with different scandals, unsustainable greed, and an overall stain on character. Disney as a corporation is one of the most respected companies in the world. They have been able to maintain an image of one of the most recognizable family friendly brands. This is very noticeable at the all the parks. Walt Disney World keeps the spirit of Walt alive with the way the park is run and the standards they uphold. Disney is the epitome of a company that puts the majority of the profit it earns back into the business. The ticket prices may go up on occasion, but you can rest assured that the money you’re spending is being used to keep the magic going. There are no short cuts when it comes to building and maintaining attractions, the upkeep of all the resorts and the overall cleanliness of the entire resort property. In fact, the only attractions that really show any signs of actual aging are The Haunted Mansion and The Tower of Terror. This is on purpose of course because who would want to see a cobweb free Haunted Mansion or a non lighting struck Hollywood Tower Hotel?!

The definition of fantasy is the faculty or activity of imagining things, especially things that are impossible or improbable. Walt Disney World allows us to keep a belief in fantasy by providing a destination where our senses are overloaded with a bountiful amount of different types of sights, sounds, smells, and tastes that truly take us to a whole new world. The attention to detail that Disney does so perfectly also adds to the fantasy factor. The Magic Kingdom alone allows you to go to 4 completely different lands and an early 19th century American town square all in one day. Walt Disney World takes fantasy to a whole new level by giving it a physical form that we all can enjoy.

2. Disney brings out the kid in all of us

News journalist Eric Sevareid once said about Walt Disney “what Disney seemed to know was that while there is very little grown-up in every child, there is a lot of child in every grown-up”. This is noticed each and every day at Walt Disney World and all the Disney parks. Adult’s bringing out their inner child and letting go of any problems that might exist in the real world if only for a short time. To be able to get back to that child like innocence, along with thousands of others all in one place, is priceless and keeps us coming back to WDW again and again, and again, and again……………….and again!!!

Walt Disney once said, “Disneyland will never be completed. It will continue to grow as long as there is imagination left in the world”. This has been a standard that the Walt Disney company has stuck with at all of its parks and especially Walt Disney World. It’s always exciting to find out the new projects that the Imagineers are working on and anticipating the ones they haven’t announced yet. It truly gives us hope to know that Walt Disney World will change and grow over the years and we put our trust in all the Imagineers to make the right decisions as to the direction that WDW is going in and keeping Walt’s dream alive!

Disney fantasy hope Kids 2014-12-10
Adam
Previous: 5 Things You Need To Know About Star Wars Weekends at Hollywood Studios
Next: 5 Reasons Why We All Love Going To Disney 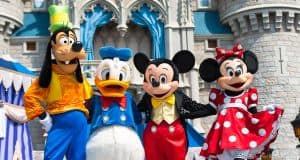 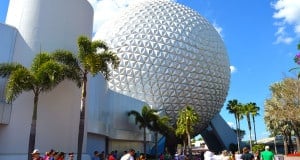 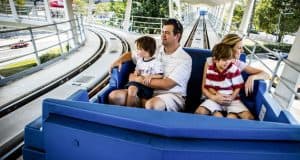