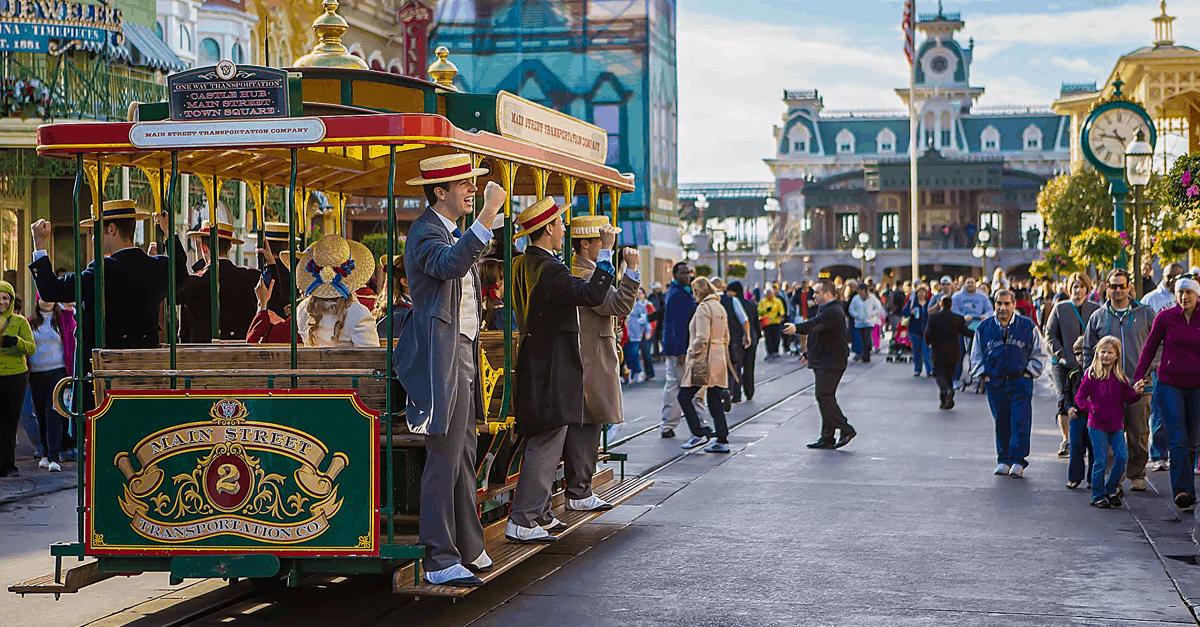 2. The entertainment lineup is stellar

While the other parks have entertainment as well, Magic Kingdom’s entertainment lineup just knocks it out of the park. Starting from before park open, the park has a Welcome Show, chock full of your favorite Disney characters, outside of its gates to welcome guests into the Magic Kingdom every morning. On and around Main Street you will find a Trolley Show, the Dapper Dan’s and Move It! Shake It! Dance and Play It! In addition, there is a show on the castle stage called Mickey’s Royal Friendship Faire and, of course, Disney’s Festival of Fantasy Parade. And, if you stay until later in the evening, you will get to experience Once Upon a Time, a castle projection show, and Wishes, the nighttime fireworks spectacular. It’s no secret that Disney is a pioneer in the entertainment realm, and the offerings at Magic Kingdom prove that time and time again.