Top 6 Spookiest Scenes from the Haunted Mansion in Disney World 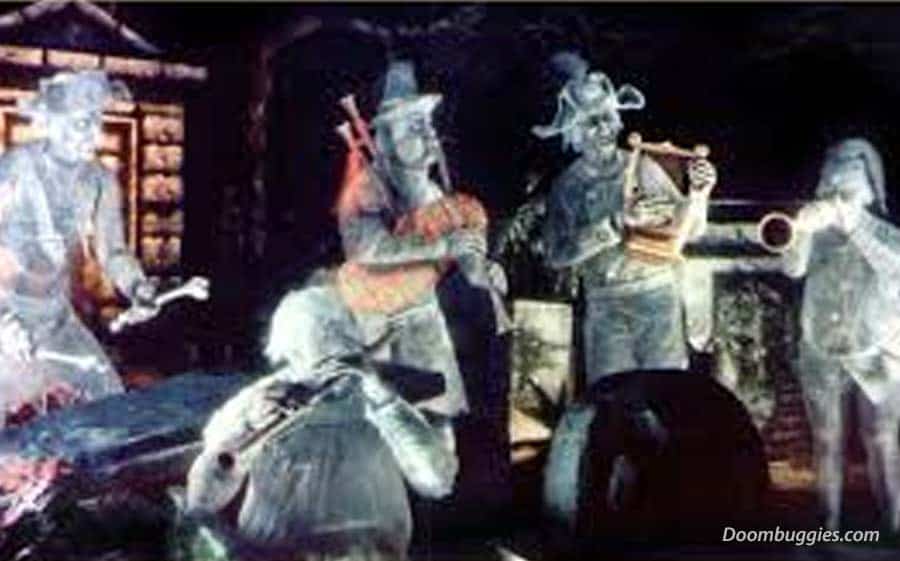 Last, we have the most famous scene from The Haunted Mansion, the graveyard. This is perhaps the most identifiable sequence, where all manner of ghosts and spirits come together to throw the biggest party in the afterlife. When the mansion was originally built, it was said that Walt Disney went all over the world inviting ghosts of all sorts to come fill his new haunted house. This scene perfectly illustrates that imagining. In The Haunted Mansion’s massive graveyard, ghosts from all over the world can be found. Irish banshees, an Egyptian mummy, a royal knight, a pair of viking opera singers, and even the spirits from Bald Mountain can all be seen having a haunting good time. Next to Pirates of the Caribbean, it is perhaps the largest amount of characters in one attraction. With the large cast of colorful characters and the blend of haunts and humor, The Haunted Mansion’s graveyard has more than enough tricks and treats to make us want to hurry back.