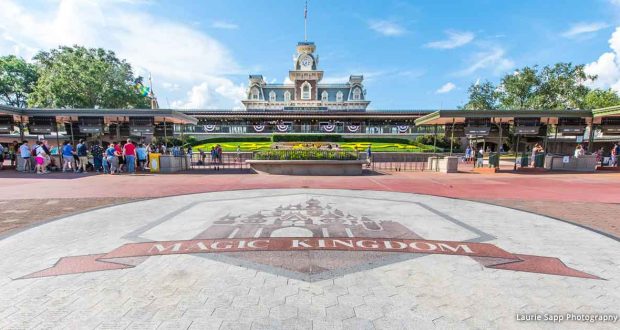 There are countless adventures to be had in Walt Disney World Resort’s Magic Kingdom Park. Radiating from its central hub, the iconic Cinderella Castle, are five themed lands, each home to incredible attractions, stores, restaurants and Disney characters.

As Magic Kingdom Park is also the resort’s original theme park, and for that reason the most classic and definitive, there are some activities here that you need to experience first. So here are the seven must-must dos that should take priority over anything else!

After passing through the golden world of Main Street, U.S.A., you’ll be met with the most iconic view in the whole resort – Cinderella Castle. As it materializes into view, you’ll realize that you really are in Walt Disney World Resort (provided of course this is the first park you visit)!

Before walking through and exploring, though, make sure you grab an obligatory selfie for your collection. So set your phone to selfie-mode, squeeze in your group and throw on your Mickey Ears! But if you’d rather a professional photograph, purchase PhotoPass and look out for Disney PhotoPass Photographers.

Moments before you see Cinderella Castle, you’ll first experience the wonder of Main Street, U.S.A. – the vintage world of the yesteryear. With stores, eateries and boutiques whose aesthetics celebrate the bygone golden age of the early 1900s, you won’t want to go any further.

You’ll end up doing some serious shopping here, too, and as such an activity requires some sugar (more than a “spoonful”), this street has your taste buds covered! So get your “sugar rush” on before you “glitch out”, at Casey’s Corner, Main Street Bakery, and Plaza Ice Cream Parlor! 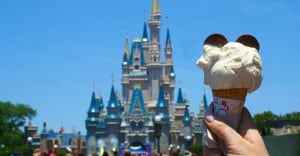 3. Set Sail on Pirates of the Caribbean – Adventureland

It’s fair to say that, ranked among the seven must-must do’s, are the park’s classic rides. And ranked among them is the one that inspired the world-famous movie franchise. Sure, it might not feature tentacle-wielding pirates, but you can expect an authentic pirate adventure.

As you set sail, your boat will pass burning buildings and dark dungeons, all the while fearsome pirates “shiver your timbers”! To experience this ride without suffering the curse of being trapped in a seemingly-eternal queue, consider the invaluable treasure that is FastPass+!

At Magic Kingdom Park, it’s not all about the rides. After all, it’s home to an exciting ensemble of Disney characters from all your favorite movies and beyond. And getting a picture with your favorite character is perhaps one of the most magical experiences you can have in a Disney Park.

Characters can be found anywhere throughout the park, but finding them can be tricky. While you’ll need to largely rely on your eyes to spot them, there are other forms of magic that will help you find them a lot quicker. So download the My Disney Experience app and “find a friend” in the park! 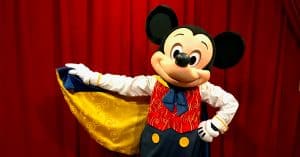 Whether you’re a fan of the movie or not (you’re probably not…), this ride is simply something you can’t afford to miss. It’s up there with all classic and long-standing rides like Pirates of the Caribbean. However, there’s something about the Haunted Mansion that sets it apart from the rest.

6. Sing Along With “It’s A Small World” – Fantasyland

There might be no better ride to start your time here than Fantasyland’s“It’s A Small World”. Not only that, but along with Pirates of the Caribbean and the Haunted Mansion, it’s hugely-popular, so getting it out of the way has its other advantages, too.

You’ll travel the world on a small boat, passing the many nations and their adorable children while the classic, uplifting anthem “It’s A Small World” plays. This ride is easily the most uplifting throughout the entire resort – a rather stark contrast to the Haunted Mansion!

This park hosts some spectacular shows like Once Upon A Time and Happily Ever After, but, of course, they take place at night. You’ll want to make sure you experience as many shows at this park as possible, but don’t worry – there are some that take place a lot earlier.

Once you’ve taken your Cinderella Castle-selfie, hang around for Let the Magic Begin. It’s an opening ceremony that welcomes you to the park, and usually takes place at 8:55am. And if you’d rather be a “sleeping beauty” at that time, that’s okay – there are plenty of other shows throughout the day.

Magic Kingdom Park is one of the busiest theme parks on the entire planet, so be sure to come equipped with the MyDisneyExperience app and take advantage of Extra Magic Hours. The park might be home to classic ride“It’s A Small World”, but there’s nothing at all small about it! 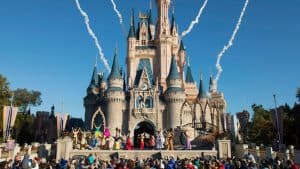