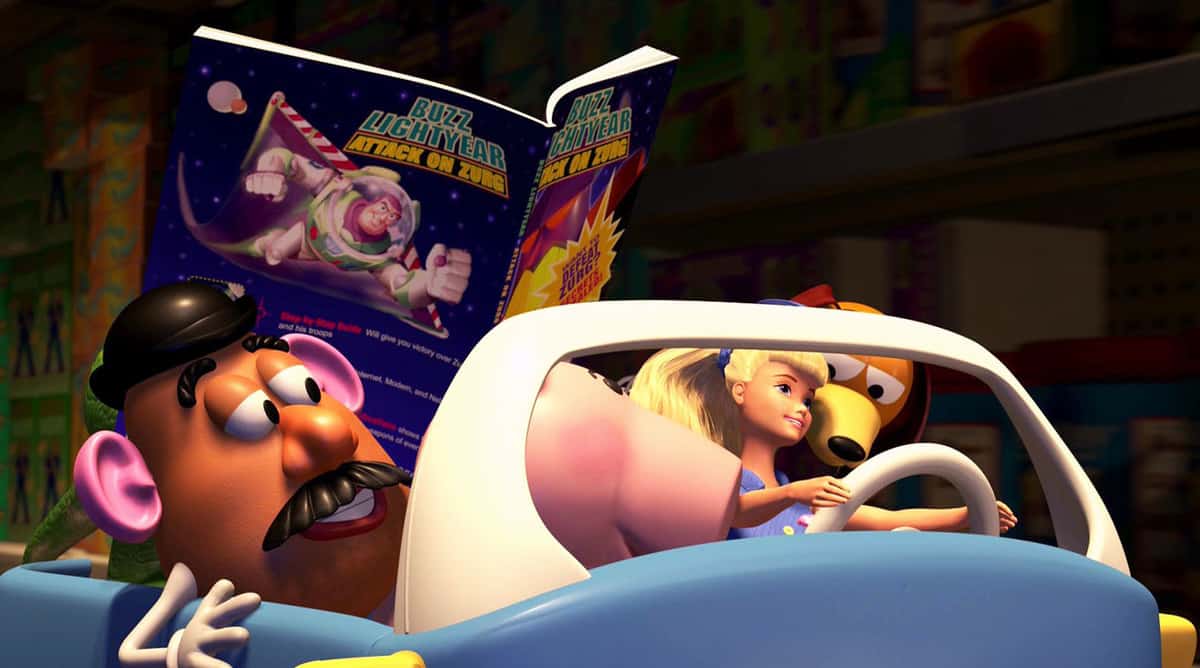 In one of the original drafts of the film, Woody’s love interest was supposed to be a Barbie Doll instead of Bo Peep. However, Mattel, the doll’s distributor, did not see the potential in Toy Story, so they chose not to have their brand represented in the film. Other toy brands such Play-School, saw the film as a marketing opportunity, resulting in the presence of Mr. Potato Head. However, due to the lack of licensing from Mattel, Barbie was scrapped from the first film, resulting in the creation of Bo-Peep, due to the nursery rhyme being in public domain. After the success of the first film, Mattel renegotiated with Pixar, thus bringing Barbie into the Toy Story gang. Barbie can be scene in Toy Story 2, Toy Story 3, and Hawaiian Vacation where she is brought to life by Disney voice actress, Jodi Benson.