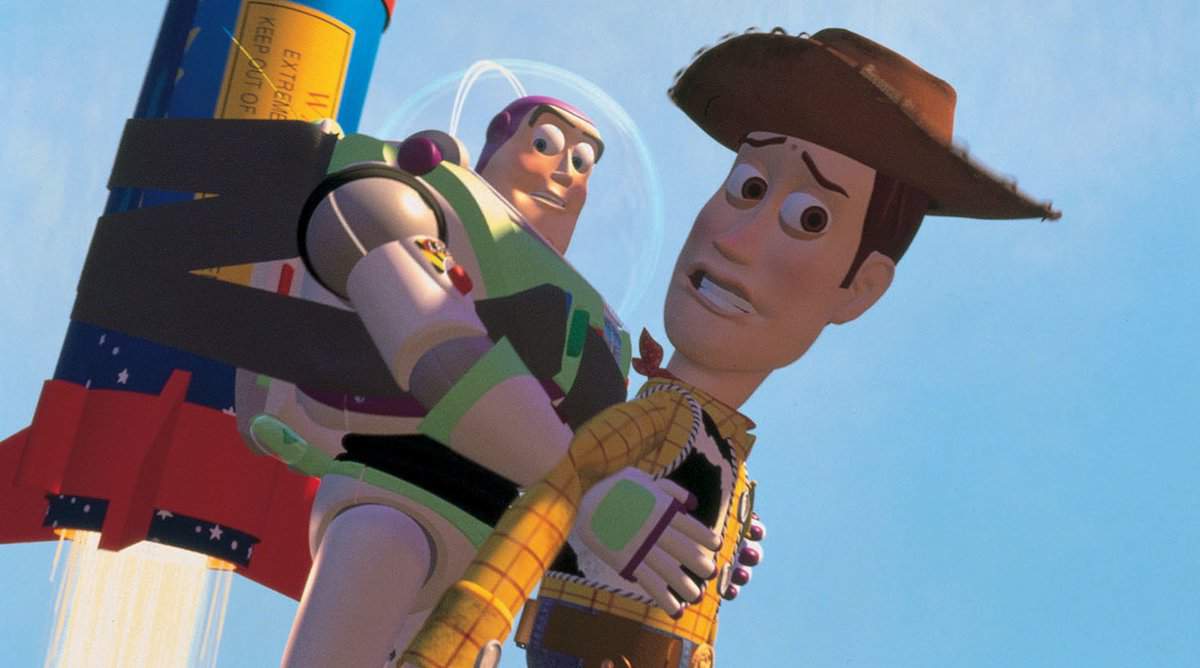 Since their debut, Woody and Buzz have been Disney icons and Pixar royalty, making appearances in the parks, on merchandise, and even attending The Oscars. But the duo did have a  complicated origin to get to where they are today. During the film’s conception, the character of Woody was pieced together from the scrapped Tin Toy Christmas special. In the special, Woody was the name of a ventriloquist dummy found in the bargain bin of the toy store. Eventually, Woody became more developed, donned his cowboy attire and sheriff’s badge, and went from dummy to doll. The final result was the lanky lawman we know today. Buzz Lightyear, galactic hero of Star Command, was designed to be Woody’s rival. Pitting a spaceman against a cowboy made for great character contrast, as well as demonstrating the change in toys over the era. Buzz went from being a pint-sized astronaut named Lunar Larry, to a laser blasting superhero flying to infinity and beyond. Today, Woody and Buzz are two of Pixar’s biggest stars. Seeing their evolution truly shows how far these animation giants have come.