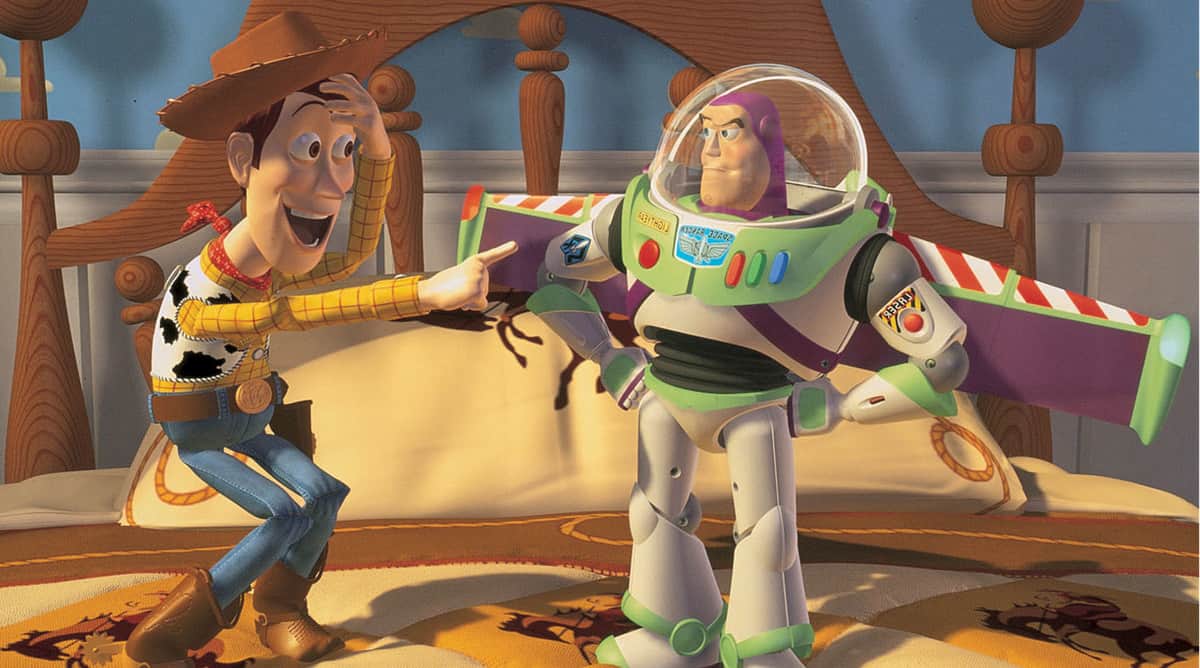 4. Not Their First Choice

Tom Hanks and Tim Allen are both famous for lending their voices to Woody and Buzz, respectively. However, they were not the filmmaker’s first choices to bring their characters to life. Originally, famous western actor, Paul Newman was supposed to provide the voice for Woody. The role eventually went to Tom Hanks after Pixar paired his dialogue from Turner and Hooch with test-footage for Woody, winning the approval of the directors. Buzz’s original actor choice was comedian, Jim Carrey. However, the budget for the film wouldn’t allow it, so they decided to audition someone else. Billy Crystal was another candidate for the role of Buzz, but he declined, not seeing the potential in a computer animated film. Crystal later regretted his disci son, but Pixar made him the voice of another famous character, the lovable Mike Wazowski in Monsters Inc.. Tim Allen ultimately got the part and continues to voice the famous space-ranger today.