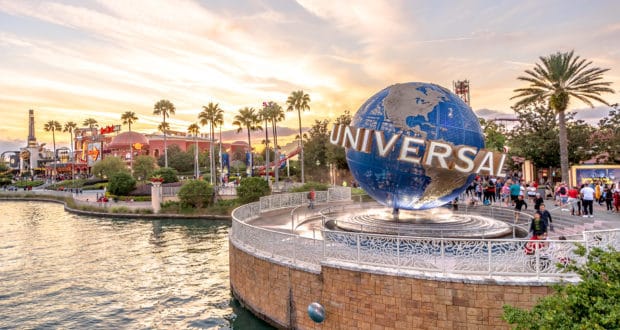 Disney and Brightline recently announced they entered into an agreement to construct a train station at Disney Springs which would provide guests flying into the Walt Disney World area an easy, quick transportation option! Now, we’re learning Universal Orlando Resort has further ideas about a new route that would be stopping by Universal before reaching Walt Disney World.

As reported by OrlandoSentinel: “Universal’s opposition to proposed service by Brightline Trains from Orlando’s airport to Walt Disney World and Tampa echoes the region’s history of missteps and failures in launching passenger rail. Universal wants Brightline to construct what looks to be a vastly more costly route from the airport to the tourist strip that spans International Drive, Universal’s attractions and Orange County’s convention center, before continuing on to Disney and Tampa.”

Brightline is working to make Orlando the hub of Florida’s upscale, high-speed passenger rail. If Brightline were to add the Universal stop, it could break the already very large budget, according to officials. For the rail run from Miami to Orlando (complete next year), the cost is roughly $4 billion. Brightline has said they expect to invest billions on an 80-mile extension from Orlando to Tampa. The project includes station construction on a leased parcel at Disney World’s Disney Springs.

According to OrlandoSentinel, the matter is likely to be dealt with by many government agencies but is poised for pivotal action July 20 by the Central Florida Expressway Authority, where the passenger-rail company is seeking access to a segment of the road right-of-way. “Brightline’s current planned route is not the right one for our community,” said Tom Schroder, spokesperson for Universal Parks & Resorts, the parent of Universal Orlando.

What do you think? Should Brightline consider this Universal route? Brightline estimates the additional expense of Universal’s preference ranges from $780 million to $1.3 billion. To read the full story, visit OrlandoSentinel.