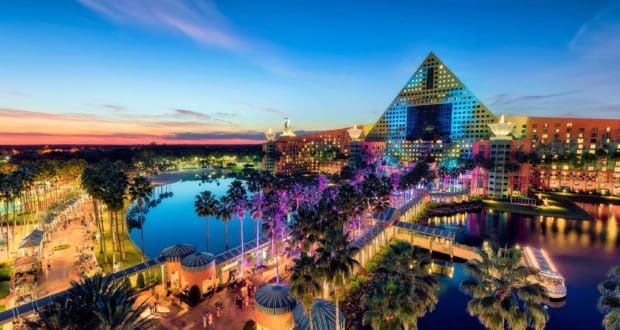 According to a report from Law360, Walt Disney World Swan & Dolphin Resort is being sued over the refusal to cancel a September conference amidst the COVID-19 pandemic.

As shared by Law360: An investment research firm (Cambridge Investment Research Inc) is suing Walt Disney World Swan and Dolphin Resort in Florida federal court, saying the hotel won’t agree to nullify a contract for it to host a September conference with 2,000-plus attendees even though COVID-19 makes it “illegal, impossible or impracticable” for the firm’s conference to go forward.

“The numerous government restrictions in place would make it illegal, impossible or impracticable to hold the conference indoors at the hotel,” Cambridge said. “For example, the hotel’s elevators and walkway spaces would not be able to accommodate the transit of approximately 2,200 attendees while still observing proper social distancing.”

Under the contract there are several deadlines for cancellation, unless one party triggers the force majeure provision, the suit says. If Cambridge canceled the event between Sept. 21, 2019, and Sept. 20, 2020, Cambridge is obligated to pay a fee of around $1.1 million, according to the complaint.

Despite the factors, the hotel told Cambridge on June 5 “that it did not appear that force majeure would apply, and that regardless of its applicability it could not be determined until the dates occurred” and is seeking cancellation fees, according to the complaint.

To learn more about this lawsuit, visit Law360.com.

2020-10-24
Jamie Sylvester
Previous: Hold Up! Mandalorian Mugs on Amazon!
Next: Snag the LEGO BrickHeadz The Mandalorian and The Child at Target