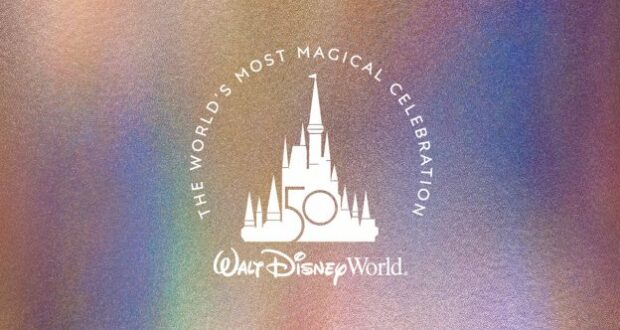 We previously shared the exciting news that Walt Disney World announced details surrounding their 50th Anniversary celebration. One of the most exciting parts of the announcement is that the celebration is going to last a full 18 MONTHS!

Walt Disney World first opened their gates to guests on October 1, 1971, so it’s only appropriate that the celebration begins on the official date of the 50th Anniversary, October 1, 2021. If you aren’t able to make it on October 1, the rest of 2021, or even 2022… you’ll still have a chance to celebrate in 2023. With an 18-month celebration, you can expect the party to keep on rolling through April 2023!

This 18-month celebratory event will feature new experiences at the resort’s four theme parks and beyond, where shimmering EARidescent décor will appear as if by magic. Shining at the center of it all will be Cinderella Castle at Magic Kingdom Park, which will add to its royal
makeover from 2020 with new gold bunting, sparkling golden embellishments and other new enhancements, including a 50th anniversary crest warmly welcoming guests to the join the
festivities.

We simply can’t wait to enjoy the festivities! We’ll keep you posted as Disney continues to release exciting details about what we can expect for the celebration. If there’s one thing for sure… Disney knows how to throw a party!