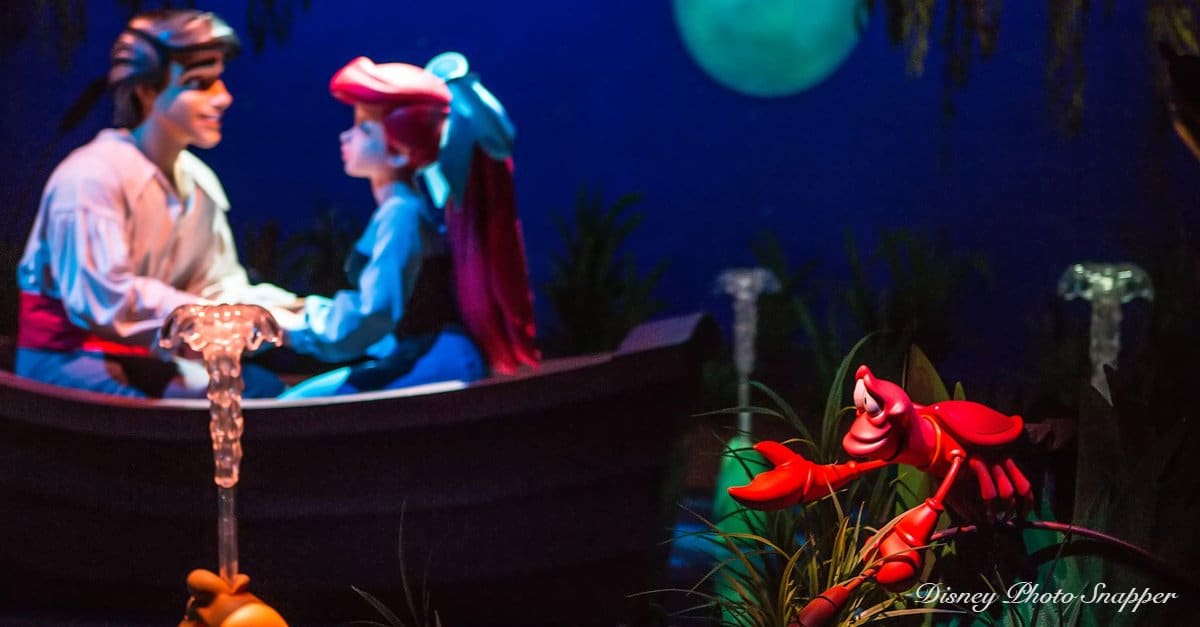 In the Enchanted Tiki Room, where “all the birds sing words and the flowers croon,” Disney fanatics of all ages feel a sense of nostalgia about Walt. The Tiki Room was Walt’s concept from its beginnings at Disneyland. And there is definitely something enchanting about this attraction. The Enchanted Tiki Room was the first attraction to ever use audio animatronic robots. In fact, inside the Tiki Room, there are 225 of them—robotic birds, tiki gods, totem poles, flowers and plants. The animatronic technology used in the Enchanted Tiki Room was created by Walt Disney Imagineering and it paved the way for other attractions at the Disney Parks today that use robotic animation. Be part of the show where your hosts are four beautiful birds—Jose, Fritz, Pierre and Michael—who lead the other birds, plants and flowers in singing in an enchanting musical show that’s fun for all ages. No FastPass+ is available or needed, and since the show is presented several times a day, you won’t have a long wait in a queue either!

The Monsters Inc. Laugh Floor is a fantastic attraction presented in the format of a show. Guests enter the 400-seat comedy club inside the only existing laugh factory in Monstropolis. The show begins, and Guests are invited to participate in this interactive improvisational comedy show starring some of monsters from Disney/PIXAR’s Monsters, Inc. The show is hosted by Mike Wazowski, and he is joined by other citizens of Monstropolis like Buddy Boil and Sam and Ella (the two-headed duo). Roz is even there, with her usual “perky” personality, speaking cynically to Mike about his efforts to fill a canister with laughter with this silly comedy show. Because of interaction from audience members, no two shows are the same. Guests can even text their favorite jokes to the Comedy Club before the show begins. Their jokes may be read aloud during the show. Wisecracks, puns, knock-knock jokes and other silliness ensues as Mike Wazowski and his pals keep the audience in stitches!

13. Under the Sea – Journey of the Little Mermaid

This musical ride immerses (almost literally) Guests into the story of Ariel and her dream of growing human legs and meeting the man of her dreams. The characters from Disney’s 1989 The Little Mermaidtake part in the attraction that takes Guests under the sea where all the action is. Hear music from the future film as you are taken through the story of Ariel, Ursula’s plot against her and her ultimately happy ending! FastPass+ service is offered for this experience, and it’s a good idea to use one of your selections for this ride during peak seasons.

Walt Disney was a train fanatic—to the point that he built a railroad in his own backyard. He named it the Carolwood Pacific Railroad, and it was a 1/8 scale train that boasted a custom-built steam-powered locomotive. The train’s track encircled his property, and he loved everything about that mini-railroad. Walt wanted to share his love for trains on a grander scale. This dream gave birth to the Santa Fe and Disneyland Railroad at Disneyland California, which has been popular with Guests since the park opened in 1955. Guests can board or disembark at three different train stations. The first is just inside the park gates at Main Street U.S.A. If you board at this station, your first stop will be at the Frontierland Station. Once the train leaves the Frontierland Station, it’s off to another stop—the Fantasyland Station. No matter the station at which you choose to board, you’re guaranteed a beautiful scenic tour around the Magic Kingdom—about 1.4 miles all the way around.

There are four Walt Disney World Railroad locomotives, and three are currently in service. The “Walter E. Disney” has a red cab with a red boiler jacket with coaches that are red with red poles. It was built in 1925 and is currently undergoing an extensive overhaul. The “Lilly Belle” was named for Walt’s wife, Lillian, and was built the same year Mickey Mouse was created—1928. She has a green cab with a green boiler jacket, and her coaches are green with green poles. The “Roger E. Broggie” was named after the man responsible for acquiring the locomotives for use on Disney World’s Railroad. The locomotive was built in 1925 and has a red cab with a green boiler jacket. Its coaches are yellow with red poles. There is also a locomotive named for Walt’s brother and business partner, the “Roy O. Disney.”

Cinderella Castle stands almost 19 stories high (189 feet) from the concrete bottom of its moat to the top of its tallest spire. And though there’s not a true attraction inside the castle, it is absolutely a sight to behold. There is also some fascinating artwork to see! During times when no shows are taking place in the castle forecourt, you can walk through the main corridor of the Castle. If you walk directly through the corridor, you will be in Fantasyland. But before you rush by, take a few minutes to appreciate the five handcrafted mosaic murals on the walls of the castle corridor. They are beautiful displays of artwork that depict scenes from the story of Cinderella. Over 1 million pieces of glass in 500 different colors were used to create the mosaics. Some of the mosaics are even made of pieces of 14 karat gold and silver.