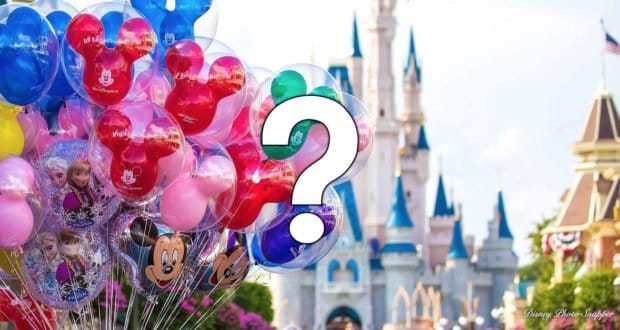 What Disney Is Likely to Do to Protect Parkgoers from Coronavirus

By now we’re all aware that Disney is taking this pandemic seriously. The parks have had their gates closed for weeks, and won’t open again for some time to come. Not only that, the hotels and other attractions on Disney property have closed as well, turning the entire resort into a “ghost town” of sorts.

This is by far the greatest disruption Walt Disney World has ever seen to its business, and it’s hitting a lot of people really hard. Workers are being furloughed and the company’s stock has dropped dramatically. Additionally, while we understand that this is for everyone’s safety, we Disney Parks fans are also pretty sad to be away from our favorite place for so long.

Luckily, this shutdown won’t last forever. We will eventually be able to get out and about once again. When that happens, Disney will be there for us.

Of course, the Walt Disney Company is dedicated to keeping their Cast Members and their Guests safe. This means we can likely expect a few changes when we return to the most magical place on earth. Fortunately, these likely won’t tarnish the Disney experience much (if at all), but they will help keep us all healthy while we bask in the magic that this amazing place has to offer.

Wondering what kinds of changes we might see implemented? Here are our best guesses.

First, we imagine Disney will be very careful about when they open back up. It’s anticipated that the country will open again in stages, with some businesses opening before others. This makes sense. The first businesses to open back up will likely be those that can feasibly maintain some social distancing protocols, giving us all a chance to test the waters, so to speak.

Considering there is no way this could be done in a crowded Disney park, we can only assume that the parks will be some of the last places to open once things get up and running again. We suspect that Disney will be very careful about when they open, making absolutely sure they won’t be worsening our situation by opening too soon.

Opening the Attractions in Stages

Just as the country will reopen in stages, it’s possible that Disney will open some things before others.

For instance, we might see select rides open before others, and the parks might be open to Florida resident Passholders before they reopen to those from out of state. It’s also been stated that the parks may choose to skip parades and nighttime shows for a while after opening.

While this may not be the best news for the park goers out there, it is logical because these parks can become extremely crowded, providing the perfect opportunity for viruses to spread.

While the Disney parks have always had a limit to the number of people allowed in, the number at each park was an extraordinarily high one—which meant the capacity limit was rarely met. It also meant shoulder-to-shoulder crowds during the busiest times of year.

Since crowds like these cannot be allowed under the current circumstances, park capacities are likely to be lower than they have been in the past. This will help prevent crowding of popular areas, but it will also mean guests may be turned away at the gate if capacity limits have already been met.

More virtual queuing opportunities will likely become the norm in order to prevent lineups of people. With the FastPass+ system already in place, this will be easy enough to implement.

In cases where virtual queues are not practical, we may see a shift to more outdoor queues. Disney has also said they plan to reconfigure queues, ensuring social distancing in all directions.

We also expect to see staggered seating in both rides and shows, ensuring guests aren’t seated right next to one another.

In one interview, Disney chairman and former CEO Bob Iger mentioned that temperature checks might be implemented in order to help prevent sick individuals from entering Disney parks. This would likely be a part of the bag check procedure that all guests must pass through in order to get into the parks.

Disney is also planning to screen all employees each day, ensuring their staff is safe to work.

One of the best ways to prevent the spread of COVID-19 and other viruses is to keep your hands clean. Unfortunately, this is a bit difficult to do when visiting busy theme parks and touching handrails, lap bars, and other items that hundreds (if not thousands) of others have touched.

For this reason, it would make sense for Disney to provide more hand sanitizing opportunities.

Before the parks closed, Disney had already installed several temporary handwashing stations throughout the parks. We wouldn’t be surprised to see these still in place—along with more stations added in strategic locations—when the parks reopen.

Disney World is nothing if not clean. In fact, we’d even go so far as to say that Disney runs the cleanest theme parks in the world. The Cast Members are quick to clean up messes, and we rarely see so much as a piece of popcorn on their pathways.

Still, the company didn’t think even its own incredible cleaning habits were quite enough. How do we know? Well, we saw that before deciding to close entirely, Disney—along with many other businesses—implemented stricter cleaning protocols to deal with the virus. It can be assumed that these stricter protocols will carry on after the parks reopen, meaning you can expect an even cleaner theme park environment.

Obviously, no matter how many safety measures the Disney company takes, your health is ultimately your responsibility. Therefore, you will want to carefully weigh the risks of taking a Disney vacation while COVID-19 is still a concern, especially if you are older or have a compromised immune system.

If you do decide to visit, make sure to wash your hands regularly and avoid touching your face.