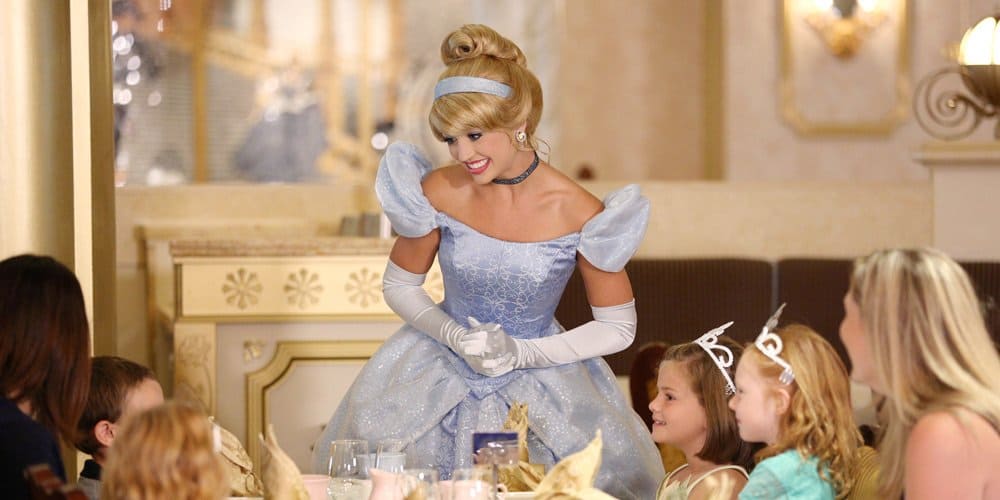 For many young girls the opportunity to see Disney Princesses live and in person is the hallmark of any Walt Disney World Resort visit. Fortunately, unlike most royals, these elite ladies are fairly easy to come by as you visit the different parks and surrounding resort locations. From specific meet and greet designated spots to character dining experiences, and special appearances in various parade and stage performances in addition, getting to see your favorite Disney Princess is probably far easier than you ever realized. To help navigate you on the path to finding your favorites, here’s an alphabetical list of Disney Princesses and where you can find them all throughout Walt Disney World Resort.

Ariel, of Disney’s The Little Mermaid, has been making a splash around the Walt Disney World scene for several decades now and remains an all-time favorite Disney Princess for many girls. And in her quest to become part of our world, she’s certainly been making rounds within the various parks and eating establishments. One of your best bets for catching this fishy favorite is to visit Ariel’s Grotto—her very own character meet and greet spot at the Magic Kingdom. She also likes to make appearances at various character dining engagements around Walt Disney World Resort, like Cinderella’s Royal Table at Magic Kingdom Park, Akershus Royal Banquet Hall within Epot, and Trattoria al Forno at Disney’s BoardWalk where she, Rapunzel, and their leading men all bring you the Bon Voyage Adventure Breakfast. Ariel can be seen riding along on her own float during the Festival of Fantasy Parade and is also featured during the Hollywood Studios productions of Fantasmic! And while you’re already at Hollywood Studios, flap your fins on over to the Voyage of the Little Mermaid stage show for the chance to see her starring in a live-action production that runs multiple performances throughout the day.

Princess Aurora, known more commonly as Sleeping Beauty, still manages to find time to get around at Walt Disney World Resort despite her less than conventional sleep habits. You will find her out and about at many different venues, including Epcot’s own France Pavilion, where she appears at certain times throughout the day for meet and greet opportunities with fans. She also makes appearances at both Akershus Royal Banquet Hall in Epcot and Cinderella’s Royal Table in the Magic Kingdom. There’s also the Perfectly Princess Tea Party at Disney’s Grand Floridian Resort & Spa for girls ages 3 to 9 (plus one adult accompanying) to enjoy a private teatime engagement in which Princess Aurora makes an appearance along with the magical live embodiment of “Rose Pedal”—a rose from her garden.

Disney’s best-loved bookworm of a princess, Belle from Beauty and the Beast, can be found wandering about many different wings within Walt Disney World Resort. Not only does she do guest meet and greets within Epcot’s France Pavilion, but she also appears for Princess Storybook Dining at Akershus Royal Banquet Hall, also in Epcot. At Magic Kingdom Park she is also a featured guest of nobility at Cinderella’s Royal Table—another character dining experience. What’s more, Belle also leads her very own character-interactive attraction experience within this park—Enchanted Tales with Belle. You can also catch a glimpse of her as she rides along during the Magic Kingdom’s Festival of Fantasy Parade and at Disney’s Hollywood Studios in nightly productions of Fantasmic! While there, you may also consider catching her performance in Beauty and the Beast-Live on Stage, which runs multiple performances throughout the day. Also note, if you manage to make it to the Magic Kingdom bright and early you will see Belle as one of Mickey’s many friends appearing on stage in front of Cinderella Castle during the Let the Magic Begin welcome show.

If the wish your heart makes is to get the chance to see Cinderella live and in person, then your dream will come true in more ways than one. This iconic classic princess likes to keep busy all throughout Walt Disney World Resort, yet she still finds time to finish up all her chores well in advance, in order to meet and mingle with all her adoring fans. Of course, heading to Magic Kingdom Park is your absolute best bet, since this is where her castle is after all. And within her castle you will find the restaurant Cinderella’s Royal Table where, as you already know by now, many Disney Princesses like to join together at for guest meet and greet-paired dining. As the host of this grand feast, Cinderella is of course in attendance, waiting right at the door no less, ensuring all diners a memorable photo op. Cinderella also appears at Princess Fairytale Hall—another wonderful character meet and greet location found within the Magic Kingdom. Then, around dinnertime she heads across Seven Seas Lagoon over to 1900 Park Fare at Disney’s Grand Floridian Resort & Spa to bring you a lavish character dining opportunity—Cinderella’s Happily Ever After Dinner, in which other characters from Disney’sCinderellaalso make appearances. Cinderella has also been known to regularly attend Akersbus Royal Banquet in Epcot. Additionally, you will spot her riding along on her float with Prince Charming during Magic Kingdom Park’s Festival of Fantasy Parade.

Elena of Avalor is one of the newer Disney Princesses, starring as the main protagonist in the Disney Channel original show named for her. While some older guests may be largely unfamiliar with her, she has certainly established a strong fan base amongst some of the younger Walt Disney World visitors in recent years. In fact, her popularity has even led to her earning her very own character meet and greet spot, located within Magic Kingdom Park. You will find her at Princess Fairytale Hall alongside Cinderella in a combined character meet and greet opportunity not to be missed. Early park arrivals will also see her on stage in front of Cinderella Castle during the Let the Magic Begin welcome show for the Magic Kingdom’s daily opening.