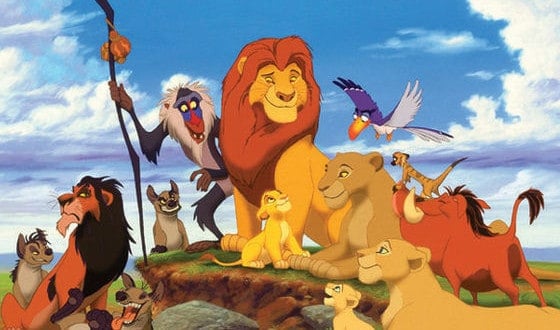 Why Doesn’t The Lion King Have a Bigger Presence at Disney Parks?

It’s no mystery that Disney Parks are populated by the world of film, with the usual contenders being the likes of Star Wars, Toy Story and the more traditional Disney fairytales and characters. But what does often leave us scratching our heads is why certain properties don’t have a big presence. It’s not unreasonable to suggest that there are a number of IPs that are underused at Disney Parks, with perhaps the biggest example being The Lion King.

Released in 1994, The Lion King became an instant classic and spawned two straight-to-video sequels and video games. It has since been adapted to stage too, and in more recent years was given the live-action treatment, which stars Donald Glover, Beyoncé, Chiwetel Ejiofor and Seth Rogen. So to suggest that The Lion King has been ignored over the years would be a lie, but it still doesn’t get the attention it deserves in the parks.

So why doesn’t The Lion King have a bigger presence at Disney Parks? And how can you currently get your fix for all things Hakuna Matata? Let’s find out!

Fortunately, there’s no shortage of Lion King-themed merchandise and food at Disney Parks. Where things like gifts, souvenirs, collectibles and toys are concerned, you won’t get lost in the mighty jungle as you shop around. One store definitely worth calling out is Mariya’s Souvenirs located in Africa at Disney World’s Animal Kingdom Park, where you’ll find all sorts of royal merchandise and memorabilia inspired by The Lion King.

As for food, Restaurant Hakuna Matata at Adventureland in Disneyland Paris is a Lion King-themed eatery that’s adorned with artwork inspired by the animated film. And as you might have guessed, its theme revolves largely around our favorite meerkat and warthog-duo. As for other Disney Parks, you’re likely to stumble upon some form of Lion King-themed food, so you won’t need to go foraging for anything slimy-yet-satisfying under large rocks!

Disney World’s DinoLand U.S.A. is now hosting Disney Kite Tails, which debuted on October 1 as part of the resort’s 50th anniversary celebrations. And the clue’s in the name – 3D Disney-themed kites take to the sky above the Discovery River Theater where they dance to classic Disney songs. One show is inspired by The Jungle Book and the other by The Lion King, which features kites in the form of Simba, Zazu and other characters from the Pride Lands!

While you’re in this ‘neck of the woods’, be sure to check out Tree of Life Awakenings at Discovery Island too. The night-time event sees the iconic Disney’s Animal Kingdom Park centerpiece come bursting to life, and the show includes animals and music inspired by The Lion King. This park definitely isn’t lacking in The Lion King department, although it’s still a mystery as to why there’s no actual attraction here.

We appreciate that many characters from The Lion King aren’t the kind you could enjoy a meet-and-greet with, mainly because they’re not of the anthropomorphic variety like characters from The Jungle Book. The only such characters are the likes of Rafiki and Timon who, at least up until the COVID-19 pandemic, you were able to meet at Magic Kingdom Park’s Adventureland and Rafiki’s Planet Watch at Disney’s Animal Kingdom Park.

Other characters like Simba and Pumbaa are non-existent, although you were able to previously see them on parades, but unfortunately they too have been suspended due to the pandemic. With that said, there are ways for you to see your favorite characters in all their glory – if you’re ever lucky enough to stay at Disney’s Art of Animation Resort at Disney World, you’ll find stunning animation-style statues in their own ‘storybook landscape’.

Speaking strictly of Disney World’s Animal Kingdom Park, there’s a strong argument to be made that The Lion King has more presence here than at any other Disney Park around the world, but not in the way you might think. We’re not talking about Disney Kite Tails or Tree of Life Awakenings or any other previous Character Greeting – we’re talking about “everything the light touches” where the park’s wildlife is concerned.

In other words, you can see the real thing at this park – the Pride Lands in all their glory (with boundaries, of course). Can’t find Simba, Timon or Pumbaa at Disney Parks? Never mind, because Africa’s Kilimanjaro Safaris allows you to see real lions, meerkats and warthogs – what more could you want?! While of course they aren’t ‘officially’ Lion King-related, if it’s the real thing you’re after, it doesn’t get any better than this.

We’re not quite sure where to start when it comes to stage musicals that are based on The Lion King, because to date there have been seven iterations at Disney Parks. The latest, however, comes in the form of The Celebration of the Festival of the Lion King, which has been hugely popular since it was reopened following the pandemic. The show is a dazzling spectacle that features characters and songs from the classic movie.

The closest we’ve ever had to a Lion King-themed attraction is Legend of the Lion King, one of the shows that used to play at Disney World. Not to be confused with the show of the same name at Disneyland Paris, the Magic Kingdom version used life-size puppets instead of human actors. And the puppets were the same ones you’d normally see on one of the Disney Park parades, which really helped make this show feel more like an attraction.

It’s strange that we’re yet to see an attraction based on the popular animated film. After all, there are rides based on the likes of Beauty and the Beast and The Little Mermaid, so why not The Lion King? We’d love to explore the Pride Lands where audio-animatronic characters interact with one another, evade deadly stampedes in deep canyons, cower in elephant graveyards and marvel as Mufasa’s spirit materializes in the heavens above!

Disney Parks aren’t completely lacking in The Lion King experiences, even if Disney World does appear to be giving the franchise the most attention. Let’s just hope that this iconic IP takes its true place in the parks one day. After all, no Disney Park should exist without a Pride Rock-inspired centerpiece. But to get more of your character-fix, keep your eyes peeled for the likes of Simba, Timon and Pumbaa as part the Disney Fab 50 Character Collection at Disney World.