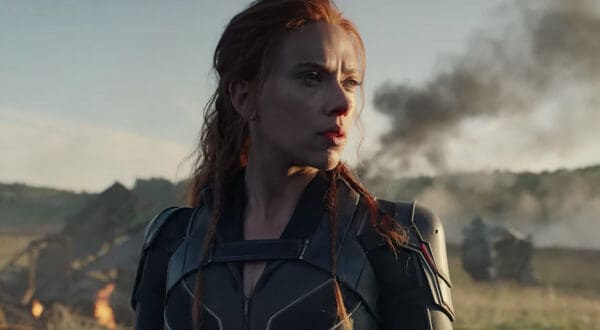 We all know it’s been an interesting year since March 2020 when COVID-19 rocked the world… and continues to keep us on our toes. Theaters took a huge hit, but it seems like they are slowly but surely beginning to welcome more and more guests back. Disney’s Raya and the Last Dragon recently hit select theaters and also released via Disney+ Premier Access. The question now is how will Disney release their next big film, Black Widow? It looks like Disney has yet to make a decision.

As reported by WhatOnDisneyPlus: “The next big movie release on Disney’s movie calendar is Marvel’s “Black Widow”, which is due to be released in cinemas on May 7th. During a Bloomberg interview with Disney CEO Bob Chapek, who spoke about the reopening of Disneyland in California at the end of April, he was asked about the release of “Black Widow” in theatres and on Disney+ Premier Access.”

Chapek is quoted: “Our situation and our conditions change. Just a few weeks ago, theaters in New York and Los Angeles weren’t even open. Now, all of a sudden they’re open, so we’re waiting to see how prospective theater goers respond to these reopenings. We’re going to remain flexible. We’ll make the call probably at the last minute in terms of how these films come to market, whether it’s Black Widow or any other title.” Chapek goes on the say: “We love the theatrical window. We think it’s important for building our franchises. At the same time, we don’t think it’s the only way to do it. … We’ll see what happens over the next couple of months. So much is changing, it’s such a dynamic environment. It’s really hard to predict what’s going to happen with consumer behavior in the next month as it comes to re-emergence back into the world of normal. We’ll be watching the call carefully and make the call when we have to.”

Here’s the interview clip below:

It looks like we’ll have to wait last minute to find out how Black Widow will debut. It’s interesting to note that Warner Brothers and Universal have already laid out their plans for 2021. We’ll just have to wait and see if Disney+ Premier Access carries on for Disney’s new films.