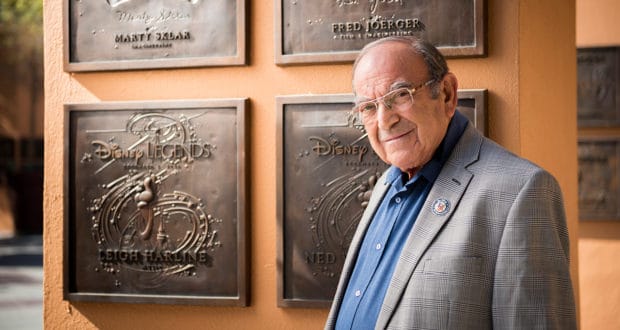 Wise Word from Disney Legend, Marty Sklar, Are More True Today Than Ever

Last night, Bob Weis, the President of Walt Disney Imagineering, took to his Instagram account @bobweis to share some wise words spoken by Disney Legend, Marty Sklar. Marty was an influential Disney scriptwriter and construction developer that passed away in 2017. With all the changes currently taking place at Disney, Marty’s words from the past are more true today than ever.

“On this day in 1955, Marty Sklar joined Disney as a writer and communications specialist, and went on to become a Disney Legend. I have so many great memories of Marty and still think about his advice, and re-read his notes and messages quite often. The last time I saw Marty was at the D23 Expo in 2017. Marty loved D23 and often supported the event through insightful and stimulating sessions. I recall one particular session that year where Marty shared this perspective:⁣⁣⁣⁣ ⁣⁣”⁣
⁣⁣
“I appreciate the fact that so many of you came to Disneyland as kids, then you had kids and you brought your kids here. Now you’re grandparents and you bring your kids here and you want things to be the way you saw them initially. Well, I don’t think you want them to be the way I saw them initially, the first year. There was a lot of Disneyland that needed change and got it over the years. This is just part of the process. The current Imagineers learned that from my mentors, because they were used to that. Walt would say ‘OK, let’s do this, fix this, make it better, come up with a new scene’ … whatever it happens to be. It’s part of the tradition of Disneyland. I see nothing negative about it at all. I see nothing but positive.”⁣⁣⁣⁣ ⁣⁣⁣⁣
⁣⁣
“As always, his insight was spot on, and perfectly in tune with those who love Disney parks, their legacy, and their potential.”