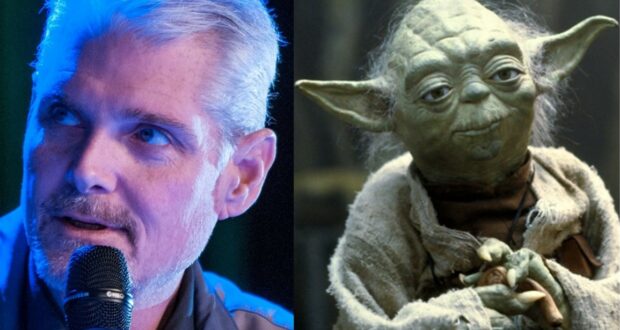 Sad news to wrap up 2020, as celebrated voice artist, Tom Kane, has suffered a stroke leaving him largely unable to speak.

As shared via Tom Kane’s Facebook page on December 30: “

“Hi everyone! This is Tom’s daughter, Sam. Our family wanted to share why my dad has been MIA. About two months ago he had a left side stroke that gave him right sided weakness and damage to the speech center of his brain. This means right now he cannot efficiently communicate verbally, nor read or spell. He is still competent and very much himself, but can only get out a few words right now. As many of you might know about strokes, it is possible for him to gain these functions back and we have found him excellent care in Kansas City for speech, occupational, and physical therapy, but for now, we have been warned by his Neurologist that he may not do Voiceovers again. My dad still remains in good spirits and his extreme stubbornness has helped him already show improvements in speech. He is fully on board with me sharing this and he will see anything you guys post.
Lots of love from our family to yours. Here are some recent photos of dad.”

As shared via Deadline: A prolific voice artist, Kane has lent his voice to a variety of notable characters including Yoda on various season of Star Wars: The Clone Wars, as well as the 2008 movie. He also played characters on The Force Awakens and Rogue One, and notably voiced Admiral Ackbar on The Last Jedi.

Our thoughts and prayers are with you Tom!