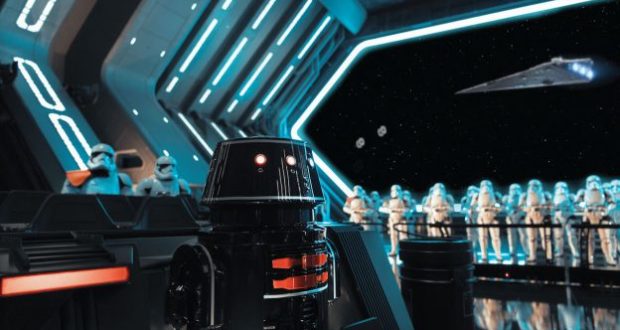 You Can Soon Buy Your Way Onto Star Wars: Rise of the Resistance

How are we doing Disney fans? With all of the recent news released, we’re starting to see a huge response from diehard Disney lovers that are both positive and negative. We learned yesterday that Walt Disney World and Disneyland will soon (sometime this Fall) be releasing the new Disney Genie. The Disney Genie is a complimentary new digital service that Disney has said is “designed to create your best Disney day”. With the introduction of the Disney Genie, however, Disney also unveiled that Walt Disney World’s complimentary FastPass system and Disneyland’s complimentary MaxPass system are things of the past. Paid services called Disney Genie+ and the “Lightning Lane” are on the way in. While we’re still trying to wrap our heads around all of the new Disney Genie+ and “Lightning Lane” information, we’re sure Disney will clarify which attractions and how much things will actually cost soon enough. We have however learned that because “Lightning Lane” is coming soon, you’ll be able to buy your way onto Disney’s Hollywood Studios’ most popular attraction.

When Star Wars: Rise of the Resistance opened at Disney’s Hollywood Studios, it was the first-ever attraction that required Guests to obtain a boarding group to enter the virtual queue. In other words, you aren’t able to wait in line for Star Wars: Rise of the Resistance. Instead, you MUST go on your My Disney Experience App and attempt to get a boarding group during one of the two assigned times (7 am and 1 pm). That is the only way to go on the attraction, as the normal Disney standby line is not an option. Now, we’re learning that in the near future you can buy your way onto the ride if you’re unable to obtain a boarding group or don’t feel like dealing with the hassle of the virtual queue.

The question of how much it will cost to buy a ride on Star Wars: Rise of the Resistance is still up in the air as we have yet to be told what the prices of the “Lightning Lane” attractions will be per person. Disneyland Paris recently introduced their new paid “FastPass” system called “Premier Access“. The cost to ride their Remy’s attraction is right around $15 per person. Could this be the ballpark price for Rise of the Resistance and Remy’s Ratatouille Attraction? Only time with tell.

If you missed the details on the Disney Genie+ and the “Lightning Lane” information, check out what Disney has shared below:

If the boarding groups for Star Wars: Rise of the Resistance fill up on a day you’re at Disney’s Hollywood Studios, would you be willing to pay out of pocket to go on the popular attraction?