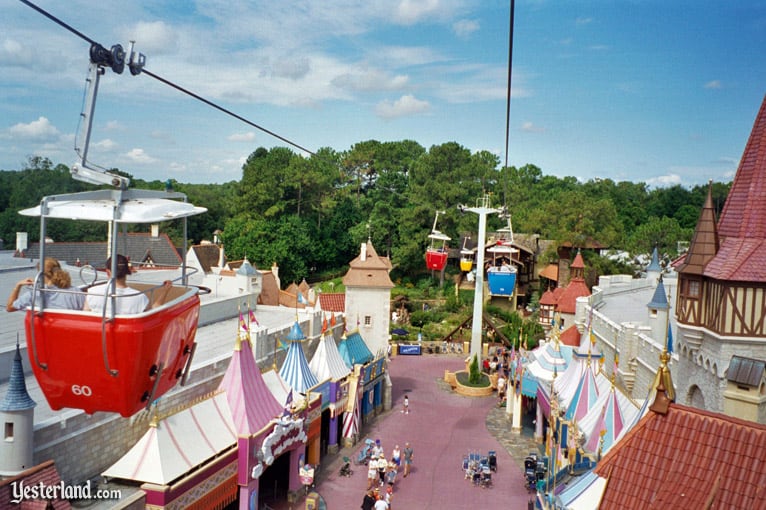 On opening day, Tomorrowland had only two attractions, which were the Grand Prix Raceway, and the Skyway to Fantasyland.  For several years, construction was a common sight in and around Tomorrowland.  In 1974, the Star Jets (later renamed Astro Orbiter) and the Wedway People Mover, (later renamed Tomorrowland Transit Authority People Mover) were added to an ever expanding Tomorrowland.  Today Tomorrowland has eight major attractions, many more shops and several new dining venues, since its 1971 opening day.  At night, this “land of tomorrow” becomes a brilliant extravaganza of flashing, colorful lights and neon signs that light up the night for a fantastic nighttime experience at Magic Kingdom’s Tomorrowland.  Photo credit Disney