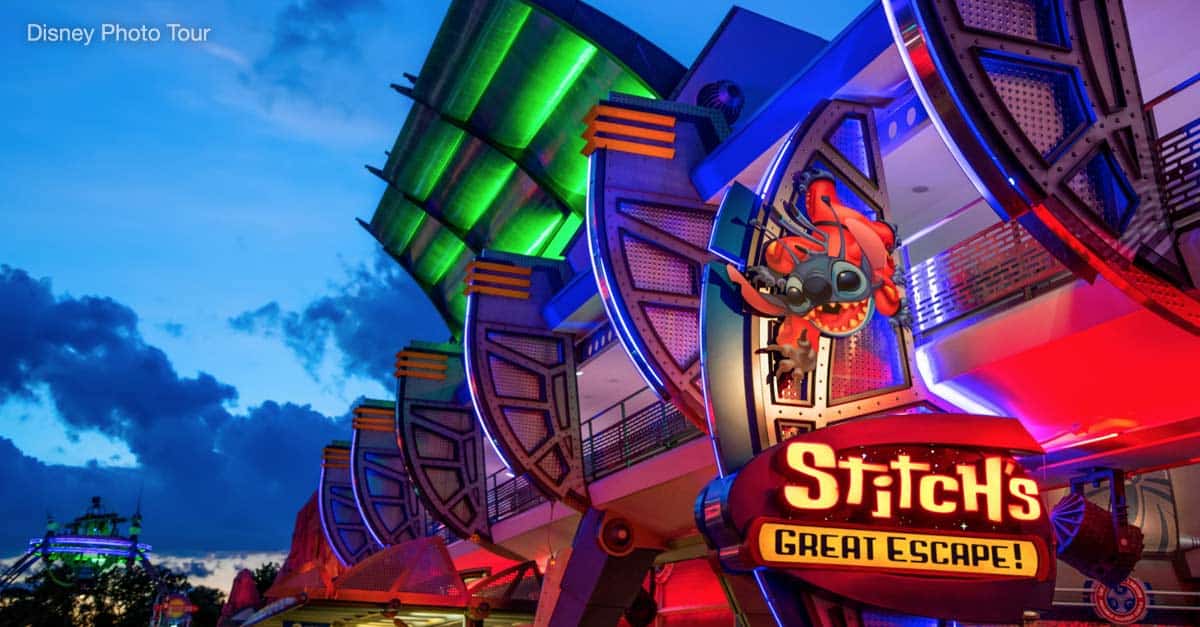 The building has effectively housed four different attractions in the same basic format, a theater in the round.  The  first was called Flight to the Moon, next Mission to Mars, then Alien Encouner-ExtraTERRORestrial, and finally today is the  home of Stitch’s Great Escape.  The audience is seated in a round theater, strapped in, and experience an exciting flight to the Moon, a mission to Mars, and encounter with an extraTerrorestrial, or a fun and rollicking with Stich and his great escape.  The special effects of sounds, misting sprays, rumbling and shaking seats, etc. were part of all four shows, but as the years went by, the effects created by the Imagineers became more intense and much more exciting.  There are rumors going around that Stitch’s Great Escape might be retiring in the near future.