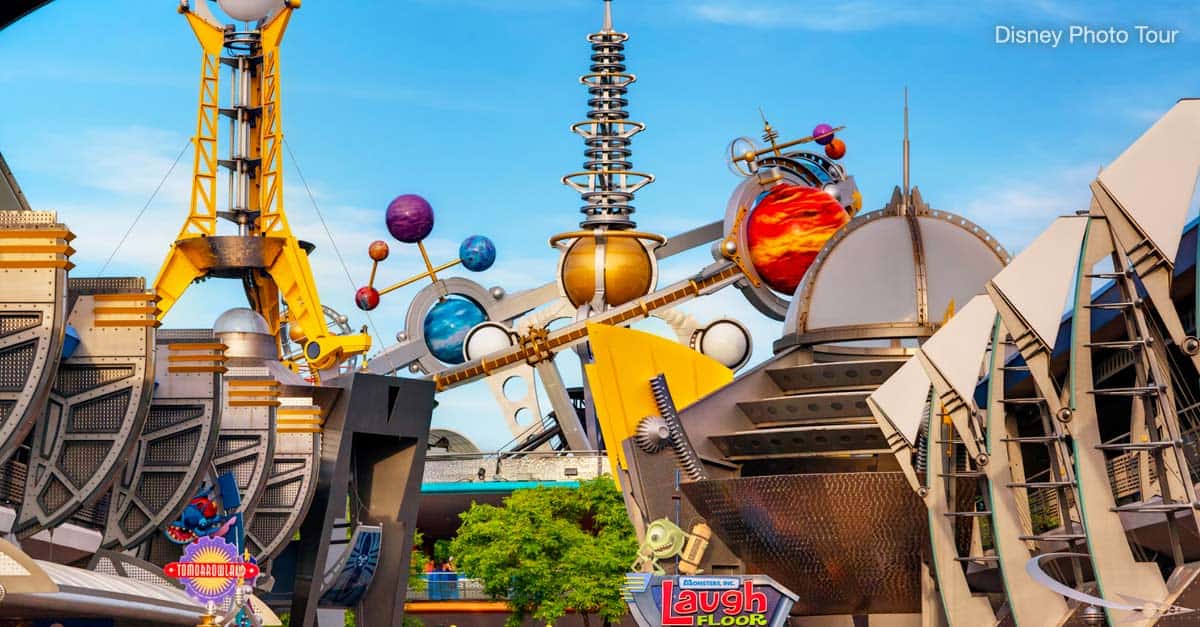 Tomorrowland’s theme and atmosphere at Walt Disney World is what it would be like to live in an  out-of-this-world society, filled with futuristic rides, attractions, restaurants, shops, space-age architecture, and “cutting edge” landscaping.  Walt Disney was very intrigued and fascinated with the world of the future and had a vision of a better, brighter, and more efficient world.  In fact, there is a full scale model on display of what Walt had in his mind for an Experimental Prototype Community of Tomorrow (EPCOT) and can be seen while riding the People Mover.  Tomorrowland is the manifestation of a part of Walt’s vision, and Epcot, which opened on October 1, 1982, was the other.