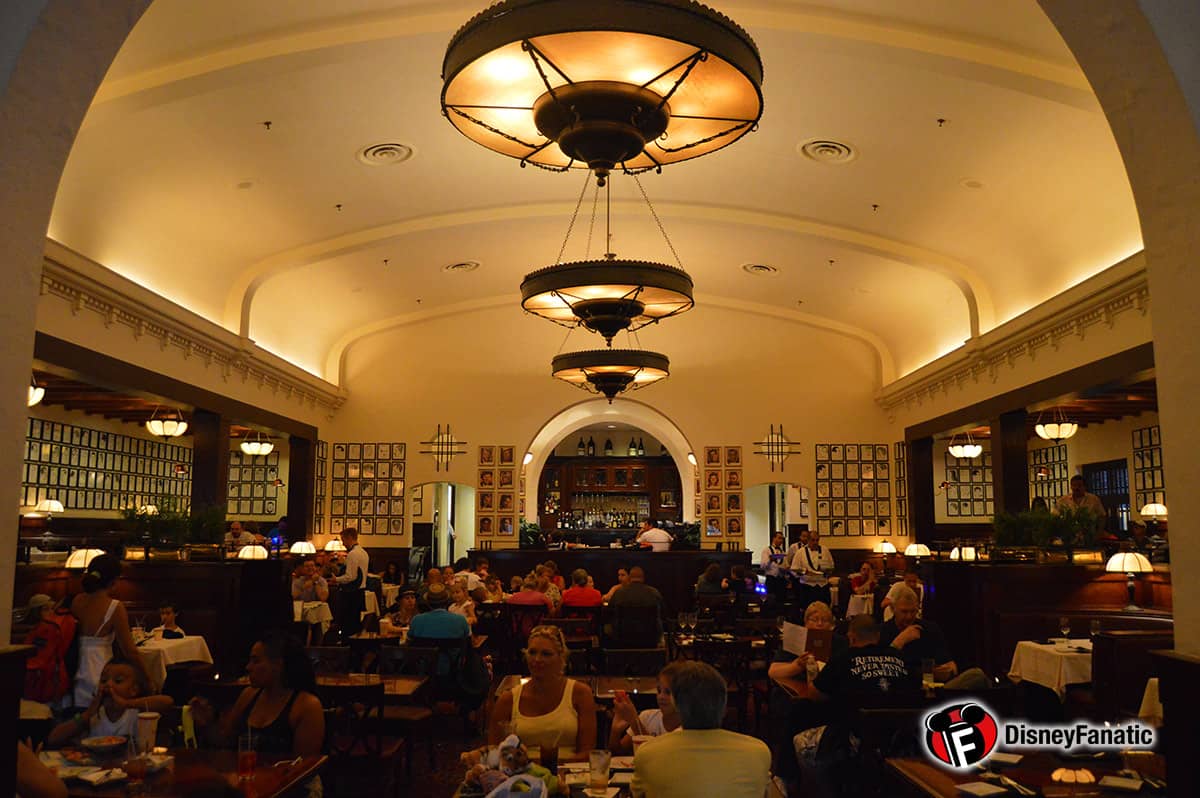 Opened in 2013, The Hollywood Brown Derby Lounge is located right outside The Hollywood Brown Derby restaurant in Disney’s Hollywood Studios.  If you didn’t know better you might think that it was an outdoor section of the restaurant, or perhaps a waiting area for those with reservations.  Instead, it’s a nifty little dining spot all on its own – one that doesn’t require advance reservations!  While the menu isn’t nearly as extensive as the restaurant’s offerings, the lounge does offer two of the restaurant’s specialties: The Famous Hollywood Brown Derby Cobb Salad and the Brown Derby Original! Mini Grapefruit Cake.  They also feature dishes like the Derby sliders, andouille-crusted shrimp, and tamarind glazed pork belly.  Wander over to the crimson-colored umbrellas, order a signature cocktail, and do some people-watching!