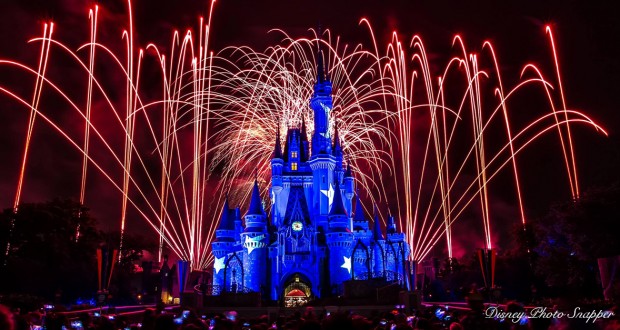 Ask any Disney Fanatic, and there’s no question that every single Walt Disney World visit is special, memorable, and thrilling in its own way, but there’s nothing like experiencing the magic, pixie dust, and mouse ears that are the cornerstones of every visit, for the very first time. After all, you only get to have your first Disney vacation once!

Whether you’re 2 years old or 102 years young, there are some things that are simply essential to your first visit to the Mouse’s House. As an incurable Disneyaholic, I could have easily made this list at least twenty or thirty items longer. My biggest problem, even now with my visit count is in the double digits, is that every single time I visit I want to do it all! That’s certainly one approach to take (my family calls it the “go-go-go!” approach, and they don’t always appreciate it as I’m trying to drag them away from their poolside cocktails to make it to the park for 3 more rides on the Rock ‘n’ Rollercoaster), but I believe that a first visit needs to be leisurely, factoring time in to absorb all of the beauty, wonder, silliness, and fun that’s certain to be experienced in excess! And so, with much difficulty, I’ve narrowed this top ten list down to some of the most iconic experiences that I believe will be enjoyed by all guests, young and old, thrill-seeking and not, and will surely turn cynics into believers, and believers into die-hard fans.

In my book, this is the ultimate, iconic Disney experience. Cinderella’s castle is, in so many ways, the universal symbol of Disney Magic, and you haven’t experienced Disney World until you’ve seen it in person. But don’t forget to take in all of the beautiful sights, charming sounds, and delicious smells of Main Street USA on your way there! Bring your camera, and ask a Cast Member to take a family picture of your group with the castle in the background. On your way, don’t forget to stop and visit Walt and Mickey’s statues, to reflect for a second about the man and the mouse who started it all. Oh! And don’t be surprised if you burst into tears over the sheer magnitude of magic all around you. I’m talking to you, tough guy.

No, it’s not technically an official “ride,” but as far as I’m concerned, it should be. The monorail is the most magical means of transportation in all the land, making transportation between parks as fun as the “real” rides, especially for some of Walt’s smallest fans. If you happen to be staying at The Contemporary, Polynesian, or Grand Floridian, you don’t even have to leave your resort to board the Monorail, offering service to Epcot, the Magic Kingdom, and the Ticket and Transportation Center. Even if you’re not staying at one of these, it’s still worth taking a ride on the resort loop, because the Monorail goes right through the inside of the Contemporary, which is pretty cool to see! Additionally, if you ride the Monorail to Epcot, you get a free sneak-peak of the park as the monorail passes above and around the buildings and attractions on its way to the station.

8. Have a Character Breakfast (and eat a Mickey Waffle!)

Depending on where you’re staying, what park you’re visiting on a particular day, and which characters you are hoping to rub elbows with, you have your choice of several character dining experiences, and they’re all fantastic! From Mickey and the “Fab Five” at Chef Mickey’s in the Contemporary, to Lilo and Stitch at Ohana in the Polynesian, to the gang from the Hundred Acre Wood at The Crystal Palace in the Magic Kingdom, and many more options in between, there’s a perfect character dining experience for everyone in your party. As you enjoy your meal (usually buffet style,) you’ll make wonderful memories taking pictures with and getting autographs from the stars themselves. And make sure you get a Mickey Waffle! It isn’t scientifically proven yet, but in my professional opinion, the Mickey shape makes them taste exponentially better than your average waffle, and they’re definitely more fun! (Character dining books up pretty quickly, so be sure to make advanced reservations.)

7. Get Yourself Some Mickey Ears

Contrary to what you may believe, you are never too young, too old, or too cool to sport a pair of mouse ears in Disney World. In fact, getting your first pair of Mickey Mouse ears should be a mandatory rite of passage for every single first time Disney visitor. Luckily for you, in the last several years, Disney has taken the art of mouse ears to a whole new level, expanding the line to include ears themed around everything from your favorite Pixar characters, to 1940’s Hollywood glam, to special events and holidays (yes, they sell Newlywed ears!), to many of the Disney princesses, and of course the traditional and iconic “Mickey Mouse Club” style ears. The most extensive selection of ears I’ve found resides at “Adrian and Edith’s Head to Toe” on Hollywood Boulevard at Disney’s Hollywood Studios. Once you’ve chosen your ears, go ahead and splurge a little and get your name embroidered on the back, choosing from several embroidery colors and fonts. Then put them on, wear them proudly, and go get another picture in front of Cinderella’s Castle when you head back to the Magic Kingdom.

This is one of only two rides I’ve included in the list, because it’s so much more than just a ride! It’s the perfect combination of a theme park experience, a trip to the world’s coolest zoo, and an exotic safari ride, all rolled into one. Located at the back of the Animal Kingdom, guests board safari vehicles driven by friendly, skilled, and extremely knowledgeable guides, and wind through Disney’s own safari, where you’ll see dozens of species of animals, ranging from crocodiles to lions, to giraffes, and everything in between. Kilamanjaro Safari is wildly popular and tends to become crowded very quickly, especially during the busier seasons, so be sure to book a FastPass for this one, or be prepared to wait in line. And don’t forget your camera! Incredible photo opportunities abound throughout the entire savanna.

When it comes to fireworks displays, Disney World is truly in a league of its own. Whatever it takes, carve time out of your trip to see at least one of the three shows offered throughout the parks, and I promise you won’t regret it. The World Showcase at Epcot is home to Illuminations, an elegant fireworks and laser show centered in the World Showcase Lagoon, set to beautiful music celebrating the unity and diversity of our global community. Fantasmic, in the Hollywood Hills Amphitheatre at Hollywood Studios is a breathtaking fireworks and water spectacular starring Sorcerer Mickey, along with live performers, and many Disney favorites. Wishes is the Magic Kingdom’s Firework display, led by Jiminy Cricket and the Blue Fairy, set to classic Disney music, and coordinated with breathtaking scenes projected right onto the castle. And if you look up at the right time, you just might see Tinkerbell flying above you through the park! All three shows are incredible, and you should see all of them if you can, but if forced to choose, I’d go with Wishes; watching the fireworks explode above the beautifully lit castle is an image you’ll never forget.

4. Watch at Least One Parade

Every Disney Park has at least one parade per day, (and most have several, depending on the time of year,) and they’re all wonderful! Some parades are year round, and others come and go depending on the season, so be sure to check the schedules for each park during your visit. My favorite, and perhaps the most classic, Disney parade is the Main Street Electrical Parade at Magic Kingdom, featuring all of your favorite Disney characters, built out of millions of shimmering lights, and set to one of the catchiest soundtracks of all time. If you happen to be staying at a Magic Kingdom area resort, there is also a smaller, floating version of this parade, called the Electrical Water pageant, that does a loop around the Seven Seas lagoon, parading right by the Polynesian, Grand Floridian, Contemporary, and Wilderness Lodge, which is a definite must see!

Housed inside the geodesic dome that is THE undisputed symbol of Epcot, riding Spaceship Earth upon your entrance to Epcot is just about as essential as visiting the castle when you enter the Magic Kingdom- you must do it! Full disclosure: the ride is quite dark, and while not meant to be frightening, it may spook your little ones if darkness freaks them out. That said, the ride, while somewhat dated, is pretty fascinating, as it winds its way through the dome, taking riders on a comprehensive tour through human history, with an emphasis on the development of communication and technology. After you’ve finished riding, be sure to get another family picture taken in front of the dome, (wearing your new Mickey ears, of course!)

2. Be in the Magic Kingdom for the “Kiss Goodnight” on Your Last Night

Although it’s designed to politely ask guests to leave the park at the end of the night, the “kiss goodnight” is one last bit of magic to take home with you on your way out. Every 30 minutes after the park has closed, the castle twinkles, “When You Wish Upon A Star” plays throughout the park, and the “voice of Disney” (whoever that man is!) thanks guests for sharing the magic, gives a warm farewell, and wishes everyone a safe trip home. It’s the perfect end to a great night, and a great vacation.

1. Start Planning Your Next Trip

There’s no way around it. The worst part of a Disney World vacation is having to leave. The best way to kick the “post-Disney blues?” Start planning your next trip! Find your next “must do list,” whether it’s the top 10 thrill rides, the top 12 desserts, the top 5 photo spots, or any number of other possibilities, and get to work scheming and dreaming about your next visit to the Happiest Place on Earth. And in the meantime, you can always come back to Disney Fanatic to get your daily Disney fix, because now that you’ve met The Mouse, he’s never too far away.

Kara Elizabeth is a lifelong Disney fanatic, and self-proclaimed "Disneyphile." Her parents took her on her first Disney vacation at age 3, and she's never been the same! Her family recently joined the Disney Vacation club, and she's been running in various RunDisney Events since 2015. When she's not dreaming of her next visit to Mickey's house, Kara works as a professional theatre, film, and television actress and screenwriter, splitting her time between Boston and New York. To learn more, you can visit her website: http://www.kara-elizabeth.com